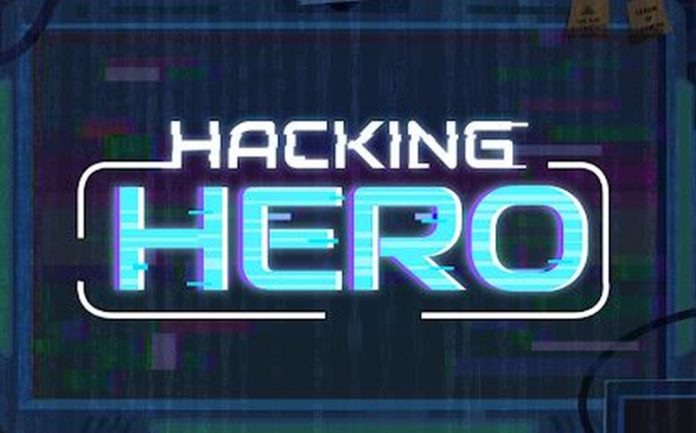 These Hacking Hero tips and cheats we will share with you will let you play this idle game like a pro! Not only will you recruit other cool hackers to help you defeat the “viruses” and fight the system, but they will also give an added bonus by their coolness (you have to admit, they DO look cool)!

First things first: the game has some really, really cool and fun graphics! If you are into the whole tech and hack vibe, then you will enjoy playing this game more like a clicker (tapper) than an idle!

So, without further ado, let’s dive right into the Hacking Hero tips and tricks!

You might want to start off by leveling up. This is a great way to increase the amount of damage you do to the enemies, and gather more crypto currency. Even if gathering the crypto currency is harder to do right when you start the game, everything will be much, much easier. 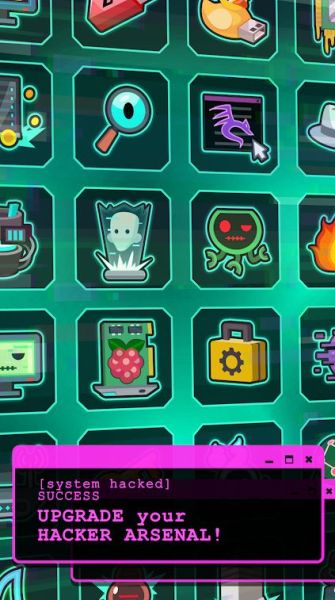 After you reach this point, you are pretty much good to distribute your leveling however you please, as long as you can beat the viruses. If you run intro some difficult ones, then keep reading below to find out how to deal with them!

The crew I keep referring to is your teammates. They deal damage individually every passing second, so you don’t really have to worry about that. They’re here to help you finish off the viruses and to simply have a good time (I suppose).

A new team member will become unlockable once you have enough crypto currency, so I suggest trying to collect as many as possible because they don’t only help you beat the levels quickly, but also look very neat!

The more a new teammate costs, the more damage it will do and will be a great asset! I also found that it’s not really worth investing in leveling them up much, because even if they will do more damage, they will also cost a lot more to upgrade.

Watch an ad (or two) for some extra boosts!

Your phone will often display a nice hologram that will let you watch an ad. By watching an ad you will unlock one of the following: 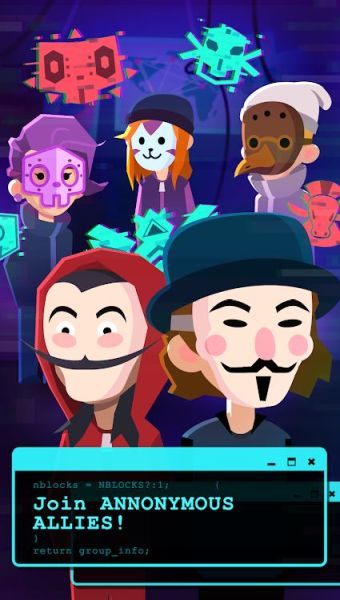 Whenever you watch an ad you will be gifted 4 boxes to pick from. After you opened one, you can see what the others were hiding and if you want to watch an advertisement again, you can choose again from the remaining 3.

This is great to do especially when you see a certain boost that you want in order to pass a certain boss fight, or when you need that few extra crypto money. Especially then!

I suggest always watching another ad when you see that there is an option to get some extra crypto currency, because that will benefit you lots towards unlocking new temmates and gathering that extra coin.

Don’t forget about the active skills! Use them, you hax0r!

There are a total of 4 active skills in the game. Each one of them will benefit you somehow in a boss fight (or simple virus fight), but you need to unlock them.

Heartbleed Bug will increase your tap damage by 80x (at level 1), which is great when you want to 1 hit KO the boss or to deal a massive chunk of its HP.

The Mind Expander is a boost that will increase your tap damage by 2.6x at level 1, and that means whenever you tap you will do 2.6x taps at once (weird way to put it).

Minerbot is a buff that boost your crypto currency earning by 2.2x which is great for when you need some extra coins from tapping those bosses.

W0rm 4.7 is a great skill that deals 20x tap damage per second for 5 seconds, next to your normal tap damage. 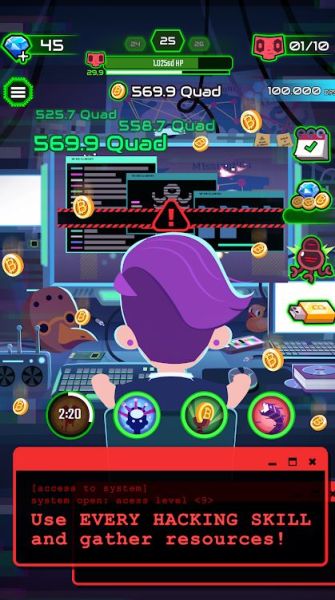 If you haven’t upgraded the teammates much yet, then I suggest using those skills whenever you’re facing a new and challenging boss. A very good skill combo is the W0rm 4.7 and Mind Expander together, because they will let you shred the enemy in seconds, literally!

Don’t shy away from Power-Ups

There are four types of power ups you can choose to activate in Hacking Hero. Each one of them boosts you in some way, and all of them are available for free by watching an ad.

– Bitcoin Mining Software: This power up will multiply your currency crypto currency by 2! This is great whenever you get it, because it will potentially allow you to unlock new teammates! Cost: 2 Diamonds (or free by watching an ad)

– Private Server: A boost that will let your teammates do double damage for 10 minutes! It’s great if you have some really strong and newly unlocked team mates. Cost: 3 Diamonds (or free by watching an ad)

– Trojan- Game Thief: Your tap damage is increased for 10 minutes. Nothing else to say, it’s simply great! Cost: 5 Diamonds (or free by watching an ad)

– Powerful Botnet 2.0: A power up that will let you do 10 taps per second while holding the tap. It’s great if you want some quick boss killing software! Cost: 7 Diamonds (or free by watching an ad)

Once you decide to buy these power ups, it’s good to know that you can use them at any time that you want because they will be in your inventory. Don’t be scared of watching an ad for the Bitcoin Mining Software especially, because if you have let’s say 3B crypto currency and you want to unlock a teammate that costs 6B, it’s good to watch an ad and simply double your money!

I strongly suggest doing that with the big amounts of money, and especially when you are close to half of a new teammate’s “price” point. That’s a great way to do just half the necessary tapping in order to acquire a new crew member! 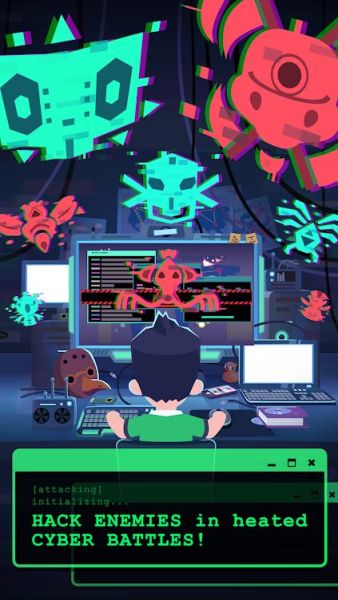 Can’t finish a boss off? No problem!

I also really like playing this game by tapping it and taking part of the fights, but when I can’t do that I just prefer to let it kill the monsters of a certain level (as you see in the top right corner of the screen that you can “flee” the battle) and keep farming for the crypto currency.

Once I have enough crypto currency to unlock a new team member, then I will once again try fighting the boss, and this time I will definitely win. Since some of the bosses are simply too strong for the current level I have, I do prefer to wait a little bit and be patient, refill the skill cooldowns and probably get a new team member.

Another way to beat the “unbeatable” bosses is by upgrading your and your team’s levels. Especially the high damage team members. They are a great way to beat more levels, but you don’t want to go all out spending everything on them because it’s not really worth it in my opinion.

These would be all of our Hacking Hero tips and tricks! If you know other cool Hacking Hero cheats, leave them down in the comments below for all of us little anonymous hackers to put to good use in our (sometimes not so idle) games! 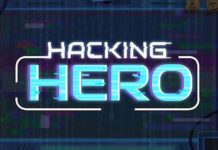 Hacking Hero: All Teammates & All Items in the Game