Home Mobile Gaming News GWENT The Witcher Card Game To Release Next Month On The App... 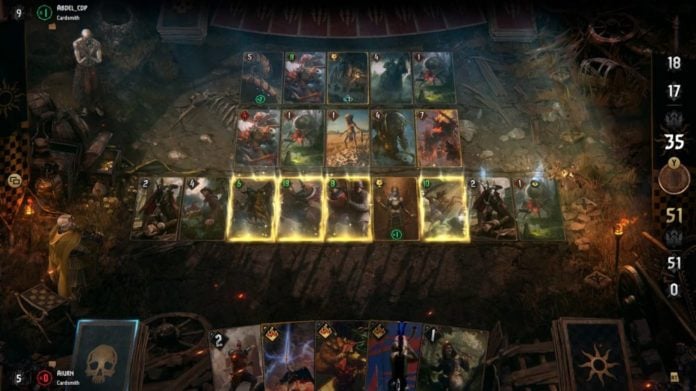 The Witcher series has managed, with the third entry in the series, in becoming a worldwide phenomenon. All this success is definitely deserved, as the games developed by CD Projekt RED take advantage of the world and characters created by Andrzej Sapkwoski in the best possible way.

While a new entry in the series is not exactly on the horizon, with CDPR working on the massive RPG Cyberpunk 2077, players can still get involved in the world of The Witcher with GWENT The Witcher Card Game, a standalone card game based on the mini-game with the same name seen in The Witcher 3. Next month, all GWENT fans will also be able to enjoy it on the go.

The GWENT The Witcher Card Game listing has gone live on the App Store a few hours back and it confirmed that the game will be released on October 29th. The game can also be pre-ordered, and some bonuses are expected, considering the game is a free-to-play title.

Despite featuring microtransactions, GWENT The Witcher Card Game is among the fairest free-to-play competitive games, as it’s possible to get some very good cards without spending real money, as the game is quite generous with rewards.

In case you have never seen GWENT The Witcher Card Game in action, you can find a trailer detailing its features below.

GWENT The Witcher Card Game is now available on PC, PlayStation 4 and Xbox One. It will be released on iOS on October 29th. Nothing has been said about an Android release, but, given the popularity of the series, it would be quite surprising to see the game remain an iOS exclusive for mobile.