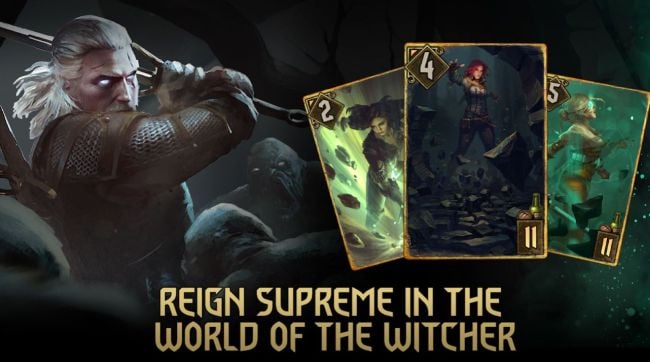 In today’s article we are going to share with you our Gwent: The Witcher Card Game tips and cheats and help you win more matches no matter the circumstances.

This card game is just like the one from The Witcher 3, and if you were great there, then here it’s a completely different story! You will have to think things trough a lot, and plan and do all of that brain work. And if your goal is to learn how to become amazing at Gwent, then you came to the right place!

So let’s start today’s guide with all of the Gwent: The Witcher Card Game tips and tricks to help you win more matches and better understand the game, because there are a lot of useful stuff that you might be surprised to learn about!

Once you finished playing the tutorial mode, you will be able to play more games in the Play mode, but before that you will have to select your desired starting deck. There will be the possibility to obtain more cards in the near future, but for now make sure that you select one of the starting ones.

The one I really like is the Skellige Starter Deck, because it is pretty fun to play and it will make your units quite beefy! Let me explain briefly what each of the deck factions gives:

– Skellige: You can have Onslaught and Bloodthirst which in my opinion can really turn the tides around in battles. They will allow you to regen lost HP and make it difficult for enemies to destroy your cards.

– Nilfgaard: You can return cards to your hand and play them again, which can be quite tricky but if you’re good at planning and making tactics, it’s a great deck to play around.

– Monsters: The cards will consume each other to gain more power, so it is easy and pretty straight forward. It works well as a starting deck and if you get used to it, even the simplest of tactics can win if well executed.

– Northern Realms: You can empower your soldiers and Inspired Zeal lets you use any Northern Realm unit right away. This will let you use a lot of units and take enemies by surprise with interesting deck builds.

– Scoia’Tael: You can boost the units in your hand by 1 and set up interesting traps for the enemies, but you need to have patience to play things right.

What is the best starting deck in Gwent?

Now I really can’t tell for sure, as all of them depend on how you play them. If you are a great card game player, and are able to understand the techniques of playing certain decks easily, then you will do great with Nilfgaard or Scoia’Tael because they are relying slightly more on technique and planning than the others.

As a complete beginner, Monster cards are fairly easy to use as well as Northern Realm and Skellige, but you should always make sure to read the cards and have a tactic in mind, because it’s not all about placing down cards randomly!

So to sum this up, in my opinion you can try any deck, as all of them can work, but just try to find the right way to go about playing your chosen one because they differ in tactics. I would go for either Northern Realms, Skellige or Monster!

Play 3 games to unlock all decks

If you are still struggling to pick, don’t! Just play 3 games once you’ve selected your started deck because then you will be able to unlock all 5 of them! It’s that easy! Once you did that, try them all out and decide which one you like the most, then focus on improving that!

You are not playing versus AI, but real players!

If you played The Witcher 3, then you probably know about the NPCs and how to obtain cards there, but it’s entirely different here! Instead of playing versus AI bots, you will play versus real players who probably do their best to learn the game or have already nailed it!

Make sure that you are not wasting all of your best cards in the early game, and remember that all of those techniques you might have used in the game will most likely not work versus other players (who played the game) and probably used the same ones! So you need to step up your game a little!

Collecting more cards is a real grind and you will have to dedicate quite a lot of time to it, because it’s not going to come easy. The main way to obtain more cards is to open Kegs, as these will contain 5 cards: 4 normal ones and 1 (arguably) better than normal.

For the fifth card you will be able to choose between 3 options: read their descriptions and make sure that you pick the one which you consider most useful, and has the best synergy with the rest of your deck.

I suggest that you don’t spend your Ore just yet and decide on which type and deck you like the most, after you’ve tried them all out. Then, go ahead and purchase a few and whenever you saved up 100 Ore again, buy more!

You will also be able to forge some of the cards you want by using Scraps. I suggest that you wait before you spend your Scraps as you will want to use them to forge some super powerful cards, which might cost quite a lot (Geralt of Rivia costs 800 Scraps for example).

You can forge those cards by heading on to the cards and holding on the cards to read their description – then, in the middle bottom side of the screen you will see a Forge button which shows you how much it will cost for said card.

In my opinion you should keep those Scraps until you have decided on a specific card / cards and then use it, because some of the better cards cost a lot to forge and if you want a specific deck build, then you will need to probably forge a lot of cards if you’re not lucky getting them from Kegs.

This useful option will help you get rid of some of the cards that you don’t need, and probably never will use. It is called milling and basically you will have to tap on a card that you don’t need (from Deck Builder) and you will see that the option Mill will show there and it will also tell you how many Scraps you get for each card.

I’d suggest that as tempting as it will be to dismantle all of the cards, better or worse, you don’t do it unless absolutely necessary as there will be metas when certain cards might be super useful and you will want to use them – so if you already have them, it will be easier to form decks around them.

Use Keys for various rewards

As you keep playing you will collect Keys from the missions, and these can be used to follow certain paths and collect tons of useful rewards! Some of the items you can collect from these paths are:

I suggest that you check them all out and try to spend the keys for the most useful items first, such as Kegs, as they will give you more Cards. Of course, if you want to go for a Skin it’s going to just make the game a lot more enjoyable!

Transmute the cards you use most frequently

The Meteorite Powder is the green powder you collect from missions and by using Keys. This can be used to Transmute some cards, which means basically upgrading them to their premium, animated version. Whenever you have collected enough, I suggest using it to upgrade your best and most frequently used cards.

Another super important thing you should do, since it’s going to be super difficult to obtain all of the best cards in a day or two, is to log in to the game daily. That will give you access to free daily loot and cards (a very good card on day 7 guaranteed), so make sure that you do that even if you don’t really plan on playing the game that particular day!

These would be all of our Gwent: The Witcher Card Game tips and tricks that we have for you right now! Do you know some more useful game tips and strategies that you feel like sharing with the rest of us? Feel free to leave them down in the comments section below! 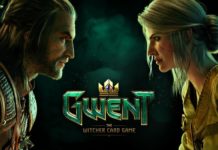