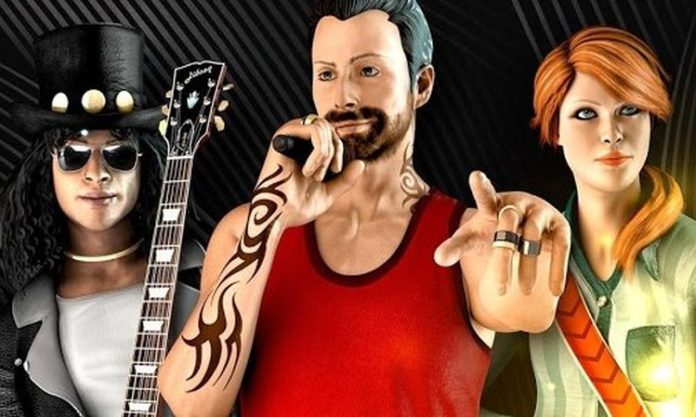 Guitar Band Battle is a new Android and iOS game that reminds us of the awesome Guitar Hero title available on consoles a few year ago. A great game for music lovers who want to test their skills against other human opponents, upgrade their band and get better and better with each new song they play. And we’re here to help you achieve even more by sharing some Guitar Band Battle cheats and tips with you.

This type of game works flawlessly on mobile and I am sure you are having a lot of fun playing it already. But we can make it even more fun – so check out our Guitar Band Battle tips and tricks below and have fun!

We’re also sharing the complete list of songs in the game – and their original name – so that you can listen to them if there’s one (or more) that you like a lot.

Although in most games, you can focus on upgrading a main character, in Guitar Band Battle it’s better to spread your upgrades evenly among your band members and instruments. If you level up a character a few too many times, you will start getting equalized penalties which will prevent you from reaching top scores in the game.

On the other hand, it doesn’t really matter what you upgrade first as all upgrades seem to have a similar effect on the final ratings. So just take them one at a time, a level at a time, and you should do much better than those who don’t pay attention to this minor but important detail.

Get your free cases

There are two types of free cases that you can earn in the game: the Free Case, with one rewarded every three hours – but you can pile up two of them; and the Guitar Case which is more impressive and holds better rewards, but that can be won just once per day and you need 10 victories in versus battles in order to open it.

Guitar Band Battle has a pretty large variety of songs available to test your skills on, but you should try to master a few of them and choose those over and over again. You can try multiple songs at first and see which one you are better at, but my recommendation is to try and master the more difficult ones because everybody else will pick and master the easy ones.

If you can perform amazingly AND choose a difficult song, then you will surely win the duel easily.

Use the bonus wisely

With every new duel, you get the option to use the 1.5 score bonus once. It’s best to wait and use it towards the final seconds of the song, or as soon as you reach the 4x bonus in the game.

This way, you maximize the gains from the extra bonus. If you use it too early, you won’t gain as much in terms of extra points.

I know, hitting every note correctly is extremely important as you also get combo bonuses and go to the 4x score bonus faster, but if I were to pick the most important notes in the game, those would be the long ones.

The thing with them is that as long as you keep them pressed, you generate points. So if you miss one, you miss out on a lot of potential points and this could cost you the duel!

So pay extra attention to long notes, make sure that you hit them at the right time and keep your finger pressed until the end in order to get all the points!

Probably because of licensing reasons, the songs used in this game are not the originals – both the names and the sound are slightly altered. For those who know the famous rock songs, it’s going to feel a bit strange at first.

But if you use headphones, everything will be a lot easier and you’ll find it extremely easy to feel the rhythm and naturally hit the notes at the right time. So if you have this chance, make sure to give it a try!

Yes, this might sound strange, but you will see that your thumbs will get tired pretty fast from playing all those songs. Your performance will start to get worse, so it’s a good idea to rest your thumbs every 5-6 songs in order to make sure that you give it your best.

Give it a try, even if this sounds silly, and you’ll see that you’ll perform better with short breaks sneaked in between several songs.

Names of all songs in Guitar Band Battle

Due to copyright issues, most likely, the names of the songs in the game are not the original ones. But some are really good and I am sure you are curious to see which song is which, so that you can listen to it whenever you feel like.

Below we have a complete list of all the songs in Guitar Band Battle (thanks to our reader Seth Alexander Garza-Lopez):

Healing in the name = Rage against the machine – Killing in the name
Learn to dive = Foo Fighters – Learn your fly
Lola = Eric Clapton – Layla
R U their? = Arctic Monkeys – R U Mine?
Six country army = White Stripes – Seven nation army

These would be, for now, our tips and tricks for Guitar Band Battle. If you have other suggestions for fellow players, let us know by commenting below.