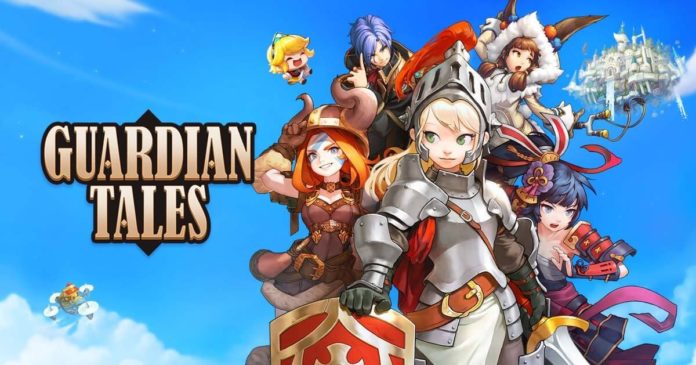 Guardian Tales is a brand new mobile game that will definitely make you feel nostalgic about the good ol’ times. A solid focus on PvP, those cute pixelated graphics and a ton of content – as well as a decent level of challenge, make it a perfect game for those who love RPGs in general and gacha games in particular.

Today, we’re here to help make the experience a lot better by sharing our own Guardian Tales guide: tips and cheats that will help you get a better team, play better and have more fun. We can’t actually help you get a few extra hours each day to play the game and enjoy everything it offers – that’s all up for you to do!

Jokes aside, it’s time to get better at this game, so let’s check out some Guardian Tales tips and tricks below!

Rush through the main campaign to unlock all content

This game has a ton of content and you will probably never have time to explore it all on a daily basis… but the thing is that you have to unlock most of the in-game areas.

In order to do so, all you need is to complete a specific stage. But having in mind that you must complete the 4th World in order to unlock everything in the game, you’re up for a very long road ahead.

This means that you should make it your main priority to rush through the campaign and get as far as possible as fast as possible in order to unlock all content.

I wouldn’t say that the Arena is necessarily the most important unlockable in the game – that’s just a place for the best of the best to showcase their skills, but do focus on getting that Colosseum unlocked ASAP (and everything before it).

By doing so, you will unlock special areas that you can grind on in order to grab some much needed and extremely useful rewards.

Sure, you need a ton of time to go through all those stages, but fortunately autoplay comes to your aid here and there, so you won’t have to actively play 24/7. What I mean is that you shouldn’t worry too much about the time needed to go through the game. Not only that it’s extremely fun, but in most areas, once you master them, you can autoplay and be able to multitask.

Rerolling in Guardian Tales isn’t the easiest thing to do – or at least not the fastest. The biggest problem is that you will only get a few tries – and not a 10-roll at a discount, making rerolling in the game very disadvantageous.

Also, in order to be able to reroll in the game, you will need to play it as a guest – if you bind your account to Facebook or another service, your data will be saved even after uninstalling the game.

But if you want to do it, you have to play the game and rush through the main story until you reach and complete Chapter 1-4. Once you get there, you will unlock the Summons Area of the game and you will be able to pull a few character and equipment summons.

However, a 10x Summon costs 2,700 diamonds and you won’t have enough for that particular summon, so you will have to go for individual ones. These cost 300 a piece and you only get a 2% chance at rolling a base 3* character. In other words, with your ~5 rolls available, you won’t have a big chance at scoring high.

But if you have the time to try it a few times, you definitely can. If you are not satisfied with your roll, uninstall the game and reinstall it, playing also as a guest. Beat chapter 1-4, roll and see if you get a better chance.

You can do this as often as you want, but in all honesty it’s just a waste of time and not worth it. Better spend that time actually playing and enjoying Guardian Tales!

What I would recommend would be to actually play for a few days, wait to get 2,700 diamonds and go for a 10x pull as soon as you do. This way, you will have better chances at scoring a decent hero.

Always keep your heroes well above the stage’s level limit

Whenever you are ready to go into battle, the game will tell you the level of the enemies you’ll be facing. In all cases, it’s usually a great idea – and generally easy to accomplish too – to just level up your starting heroes well above the enemy number.

This will give you a massive advantage in battle and score you an easy win.

Of course, in most cases, you don’t have to do this: you will usually be able to defeat enemies even if you are a few levels behind them. But these battles will be longer and you will lose more time. No reason to do this when XP is aplenty, especially early on when you don’t have a on of heroes to choose from anyway.

After clearing World 2 in the game, you will have to seriously consider your team’s composition. You will also most likely have several options available by this time, even as a free to play player, especially if you didn’t put those free gems to waste.

In the game, we have four character types available:

Apart from these main classes, each character also has an associated Element which gives them different advantages in battles, depending on the element types that you are facing.

While elements are important, you will rarely have the opportunity – and number of heroes – to really care about both things. So for most of the game, you will associate team composition with a character’s type.

My recommendation, based on the time I spent in the game, is to create a team with two Warriors, one Ranged and one Support unit. For most of the game, Tankers are not really useful and focusing on dealing damage instead gives you the advantage in battle.

Hero awakening, level up and items

Like in all RPGs, Guardian Tales gives you the chance to level up your heroes, make them better through equipping various equipment bits and awaken them.

All of these things require resources and you will never have enough of them (unless you pay fortunes for premium currency) to keep all your heroes maxed up, awakened as much as possible and using top tier equipment.

The good news is that you don’t even need to do that – your team can only have 4 members and in very few occasions you will actually have to switch from one member to another just to get the elemental boost.

So when working on your heroes, always focus on upgrading your best onest first. This way, you know for sure that if you get a solid hero to replace one of your weaker ones, you only spent and wasted minimum amounts of resources on them.

We can consider all heroes that start at a base 3-star rating better than others. Even though you can star them all up to 5 stars, the final stat numbers will always be higher when 3-star heroes are involved.

Don’t just ignore heroes, though, just because they are of a lower quality. Invest just as much as is needed for you to be able to progress through the game and try to keep resources on hand to quickly catch up in case a new, better hero pops up.

Guardian Pass Gold: is it worth it?

Every month, you will be rewarded with some solid goodies for completing various missions as part of the Guaridan Pass. However, you have the option to spend some real life money and buy a Guardian Pass Gold ticket, which will give you much better rewards.

But is it worth it?

I think it all depends on how serious you are about playing this game and how much you like it. The basic rewards are almost laughable in comparison with the premium ones, but those aren’t insanely amazing and truly game changing either. They just help you progress much faster by giving you materials for building up your team sooner than the rest.

The thing is that you still have to be active in the game and complete all the missions in order to reap on all the benefits, so if you want free advantages, they’re not really here to get.

So only you can decide if it’s worth it or not, even if you have the money. If you are serious about the game and progressing faster – but most importantly you are sure that you WILL play a lot and complete all missions (they’re not difficult, just time consuming) then definitely go for it!

Explore all areas in all stages

All the story stages will generally have some side-areas that you can explore to get some hidden goodies and rewards. Make sure that you explore them all before completing the said stage.

In order to know where you are in terms of progress and secrets discovered, simply look at the indicatives on the game screen: if you have collected everything available, you’re all set. If not, do some extra searching.

Use the minimap for that: some hidden passages are masked well by decorations and such, but easily visible on the minimap. So always keep an eye on it to fully explore all areas.

Check the shop for goodies

The in-game shop is a place where you can easily get lost. There are a lot of goodies on sale at all times there and even though in most cases these are premium-oriented things, you will find good items to purchase with regular coins or other easier to get resources.

Make sure to check out the shops constantly and put your hard earned resources to good use.

Right now, being part of a guild in Guardian Tales doesn’t come with a ton of benefits, but I am sure that future updates will make the guild system even more exciting than it is.

As a result, you should keep exploring and make sure that you are part of a guild with solid players that are active and friendly.

For now, being part of a guild rewards you daily if you don’t forget to check in (you shouldn’t because you can earn nice rewards from there) and attack the scarecrow in the bottom left side of the screen. T

hese are still enough things to do, but we’re sure that even more will be added in the future, making Guilds even more useful.