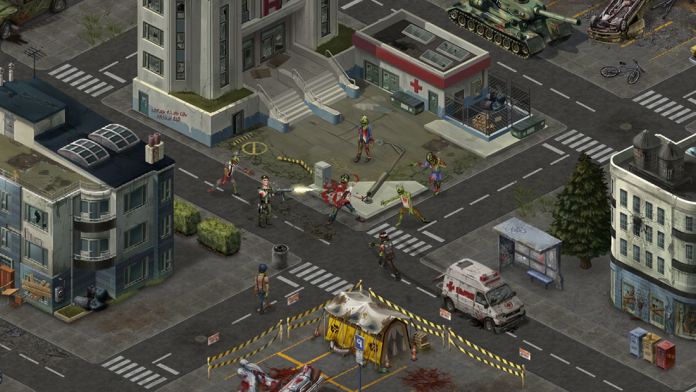 Japanese mobile developer Gree is getting ready to immerse players in a new fictional world soon, this one featuring a foreboding atmosphere, decrepit buildings, and a whole horde of undead flesh-eaters.

Beyond The Dead will be an isometric exploration RPG set against the backdrop of a zombie apocalypse. Players will be able to form bands of up to five characters from a total roster of 125 different survivors, each with their own skills and attributes. At launch, Beyond The Dead will also feature 16 different zones which players can explore ranging from cityscapes to hospitals to amusement parks.

A simple touch-based interface will allow players to explore these environments and engage in combat with appropriately-leveled zombie adversaries which will in turn allow them to level up, gain loot, and increase their characters’ stats. Each of the survivors will also have their own unique backstory which players can discover and help flesh out as they take those survivors out into the game’s infested wilds.

As players explore more and more of Beyond The Dead’s world; acquiring better gear, building relationships with survivors, and upgrading their home base, they’ll slowly learn of the overarching narrative which contains clues as to how the zombie outbreak was started, adding in several compelling story layers on top of its stat-based RPG gameplay.

No word yet on what sort of pricing model Beyond The Dead will have but, like many of Gree’s other games, a free-to-play model with optional in-app purchases is likely a safe bet. Gree is currently aiming to have Beyond The Dead released exclusively on iOS by Halloween.