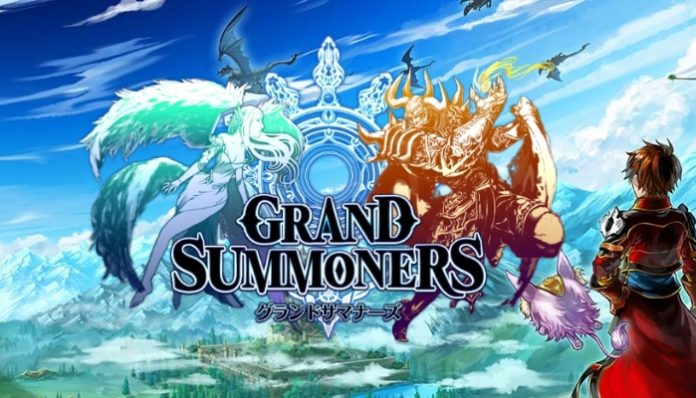 When young knight Rayas stumbles upon a mysterious girl with no memories, a timeless adventure through the ages is set in motion! Grand Summoners is a Japanese action RPG similar to games like Brave Frontier. Journey through the kingdom of Raktehelm and recruit powerful warriors and ancient heroes to fight off evil demons! Our Grand Summoners cheats and tips will show you how to build your heroes just right to take on any sort of threat!

Grand Summoners is all about collecting heroes and powering them up, so it might be familiar territory if you’ve played one of these Japanese RPGs before. Even if you haven’t, we’ve got you covered with our Grand Summoners cheats, tips and tricks strategy guide!

Choose the right dish for the job!

If you’re having trouble with a particular battle, why not cook up a delicious meal before you head out? It’s bad to fight on an empty stomach, you know! But really though, food can sometimes make the difference between a flawless victory or a crushing defeat. Each dish grants special stat bonuses for that level only, so you’ll need to choose accordingly.

Most dishes will grant you extra HP or ATK, but some dishes grants special things like increased elemental resistances, so pick the one that’s right for the level. Having trouble with a fire element boss? Why not try the Red Cheese dish, which reduces all party member’s fire damage taken by 5%?

Prepare your elements for the enemies!

There’s no way to tell what kind of monsters you’ll be going up against until you actually head into the level. But! A little bit of examination can tell you everything. If you’re taking advantage of elemental affinities, then you can usually tell the elements of the monsters by looking at the area you’re going into.

Heading into a lethal lava land? The monsters are probably going to be fire element. Venturing into the frozen wastes? Water element monsters are waiting for you! You can use this info to prepare accordingly.

Equip Skills are the skills that come from the gear and items you equip. Each piece of gear has a special skill that works differently, and they also differ in what they can target. They’re a little more in-depth compared to the “one-and-done” deal of regular skills, as they need to be used with proper timing to get the most out of them. On top of that these skills don’t refresh between fights!

Some Equip Skills heal, some damage, and some offer utility. Be sure to read up on what Equip Skills are available to you so you know what to use when the time comes!

As you learned in the tutorial, bosses unleash devastating attacks once their energy gauge is full. However, bosses become stunned when they’re “broken” by attacking enough. Keeping a boss broken is the key to avoiding big damage, so be sure to use your arts and skills as fast as you can to break the boss often.

When a boss is broken, you may have noticed that you can actually slow down the break gauge’s recovery by keeping the pressure on. With successive attacks, you can keep a boss broken for quite some time, almost completely negating any potential damage.

You’ll be stuck with Rayas for a while since he’s the main character and you won’t have too many jewels early on to summon new heroes. Thankfully though, certain story mode levels will reward you with Limit Break materials for Rayas, which makes him exponentially stronger. Limit Break him as soon as you get them, as this also increases his Luck stat, making it easier to get good materials in the levels.

That’s all for Grand Summoners! If you’ve got any other tips or tricks to share, let us know in the comments below!