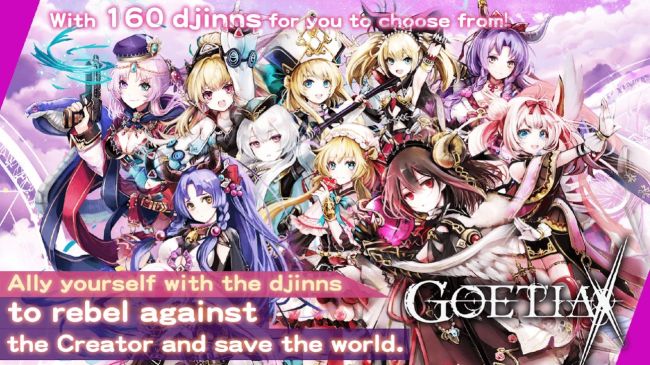 In today’s article we are going to take a look at the GoetiaX tier list, available for the global version of the game. With its release, the game has not been exactly smooth to say so, but in essence, it’s a really cool and fun gacha game, that has a lot of popularity overseas, especially in Japan.

And since it’s been released globally, why don’t we dive right into the essentials? That would be, of course, a tier list of the best characters in the game! But before we dive into the tier list, make sure you know how to bind your account, because if you get some powerful units, you don’t want to lose them!

Most Rare units will fall under the C-tier because they will not really provide much for the team. They could be OK at the start, but in the long run, they will not be of much use. A couple of decent names among the Rare units would be:

Most of the Normal units will fall under this category, even though there are a few which can do quite well (like Haagenti for instance). However, if you can replace them with better units, I recommend you do so.

I will revise the list and add/remove some units as they will turn out to be better/worse. In the meantime, this is what we’ve got!

This list is based on my experience playing the game, trying on some of these units, and from some information from the Japanese server. Which units are your favorites? Let me know down in the comments section below!