Home Game Guides God Of War Ragnarok: How to Move the Fallen Pillar at the... 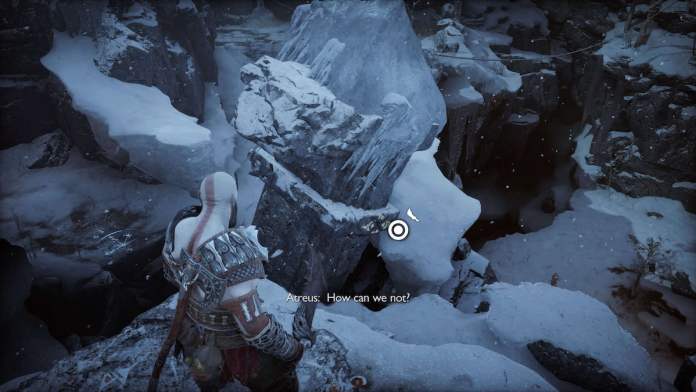 Santa Monica Studios’ highly anticipated God of War Ragnarok is finally out on PlayStation 4 and 5. As usual, there’s a ton of stuff to do in the game as players take on the essential role of Kratos and Atreus as they fight their way through the supernatural dangers of the realms.

Players will once again return to the Shrine of Tyr in Midgard, a place most players will remember to have been in God of War (2018). And although a lot has changed, like the raiders who now go by hel-raiders have invaded these parts of the land, so players ought to be cautious. So in this article, we’ll be guiding you through how to move the fallen pillar at the Shrine of Tyr in God of War Ragnarok.

God Of War Ragnarok: How to Move the Fallen Pillar at the Shrine of Tyr

The fallen pillar will block a player’s path as they try to reach the Shrine of Tyr, a place where Atreus will try to prove to his father that he has learned a few things from the Giants. A heavy storm looms over Fimbulwinter, changing much of the architecture which will cause a fallen pillar to block the path.

To move this pillar out of the way, players should approach it and click the circle button to interact with it and then throw it to the left side of the path which will clear the way for Kratos.

Upon doing this, a gap further ahead will prevent them from going any further in the temple. To get past this one, players will need to look down to the right side and get within eyeshot of the fallen pillar. Then click the circle (O) button once again to summon the Blades of Chaos which Kratos will use to pull on the pillar and swing it back into place.

This will cover the gap, allowing Kratos to proceed forward and continue on his journey to the temple with Atreus. The Blades of Chaos icon will usually appear whenever players need to do something similar with a different object as they progress further into the game.

Players are also very likely to encounter other similar fallen pillars that’ll block their path as they get closer to the Shrine of Tyr. Some of them will even require players to charge and use the Leviathan Axe to destroy them.

Like pretty much every other God of War game, expect to have many more obstacles and enemies trying to stop you from reaching your destinations. Have fun!

God Of War Ragnarok: How to Move the Fallen Pillar at the Shrine of Tyr