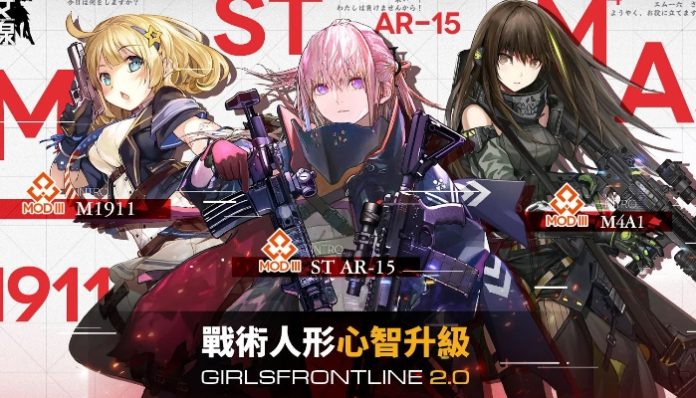 Girls’ Frontline is an anime strategy RPG featuring an all-female cast, ready to take on the war and restore order! As a newly appointed commander at Grifon & Kryuger, a private military contractor, you’re tasked with raising an echelon of “T-Dolls,” battle girls that are modeled after real world firearms. Our Girls’ Frontline cheats and tips will show you how to be strategic and use your teams to their fullest.

Girls’ Frontline is a certainly imaginative game, to say the least. Don’t be fooled by the cutesy anime girls though, there’s a real in-depth tactical RPG here! Let’s get started with our Girls’ Frontline cheats, tips and tricks strategy guide!

Each T-Doll has a sort of “aura”. Your formations have a 3×3 space, and each aura affects different boxes around the T-Doll. Any other T-Dolls that are inside these spaces will receive a special stat buff assuming they match the type needed. For example, the M1895 HG T-Doll buffs all types in a + formation, increasing their damage by 16% and crit rate by 8%. 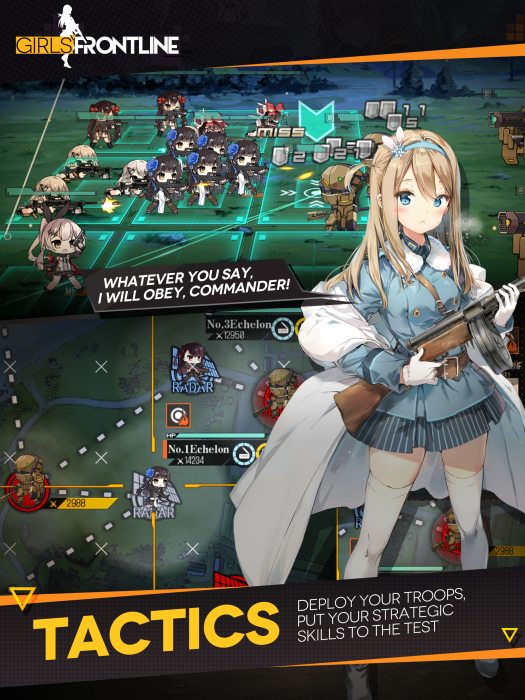 As you can see, proper formations are the key to maximum combat efficiency! You’ll need to play tetris with your formation to find one that works. Keep in mind though that some of the buffs only apply to certain types of T-Dolls, like STEN MkII’s buff only affects Assault Rifle types.

Use lots of materials in the Factory!

When you create new T-Dolls in the factory, you can change the amount of resources used in the process. As you can probably guess, the more resources you allocated, the better chance you’ll receive a higher rarity T-Doll. Since these production times can take up to several hours, you might as well go all in and hope for a good T-Doll.

Alternatively, you can check out the Production Log. Here you’ll see the most recent combinations used by actual players from around the world. You can see exactly how many resources they used and what T-Doll they ended up with, and if you so wish you can copy their recipe. This makes it a bit easier to hunt for specific T-Dolls, so use the Production Log often! 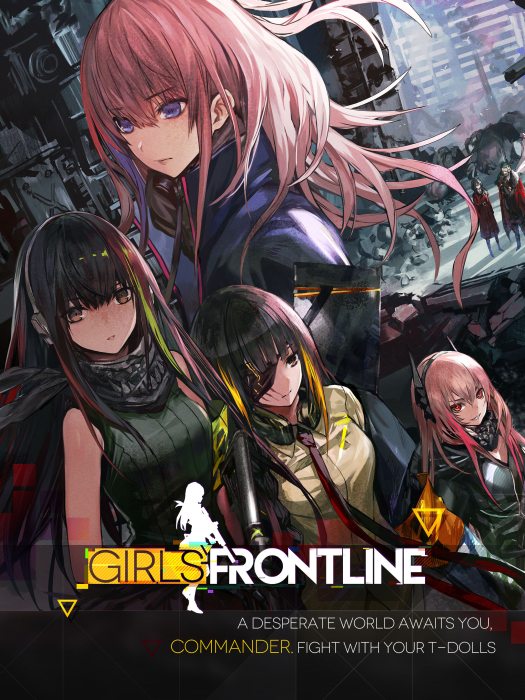 Go for the S Rank!

In order to achieve an S Rank on a level, you’ll need to play it near flawlessly. This means that you’ll have to destroy all enemy echelons, capture all the nodes, and lose no T-Dolls. Oh, you’ll also have to do all of this as quickly as possible too! You can probably get by with an A Rank on your first try for many levels, but you’ll probably have to do it again for an S Rank.

As long as your T-Dolls are enhanced and properly geared for the level, you should have no problem getting through the levels flawlessly. Also, remember that if you have a T-Doll that’s critically injured, it’s better to have them withdraw rather than lose them altogether.

If a T-Doll goes down, the allied T-Dolls they were affected with their aura buff will instead receive a debuff, which can seriously hinder your team!

Visit your dolls in the dorm!

Your currently selected echelon will be hanging out in the dorm when you’re not in combat. Here you can see how your T-Dolls are doing, and if you haven’t visited them yet for the day they’ll have a heart above their head. 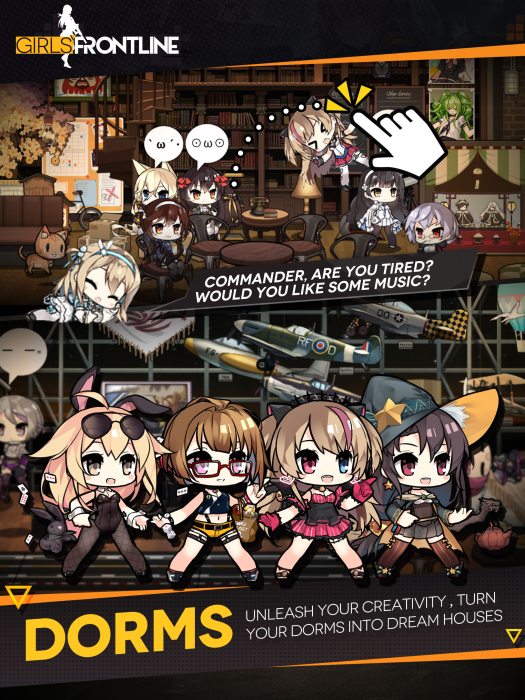 Tapping the heart will increase their affection rate, which is basically how happy they are. The more affection, the better they’ll perform in combat, and the better their aura buffs will be. Take care of your girls and they’ll destroy the enemy in battle!

Make sure to complete daily missions, as well. You’ll sometimes receive tokens which can be used to get new furniture for the dorm, increasing your T-Dolls’ happiness. Don’t forget to take the battery once it’s charged as well, as you can use it to build new lodgings.

That’s all for Girls’ Frontline! If you have any other tips or tricks to share, let us know in the comments below! 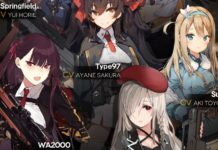