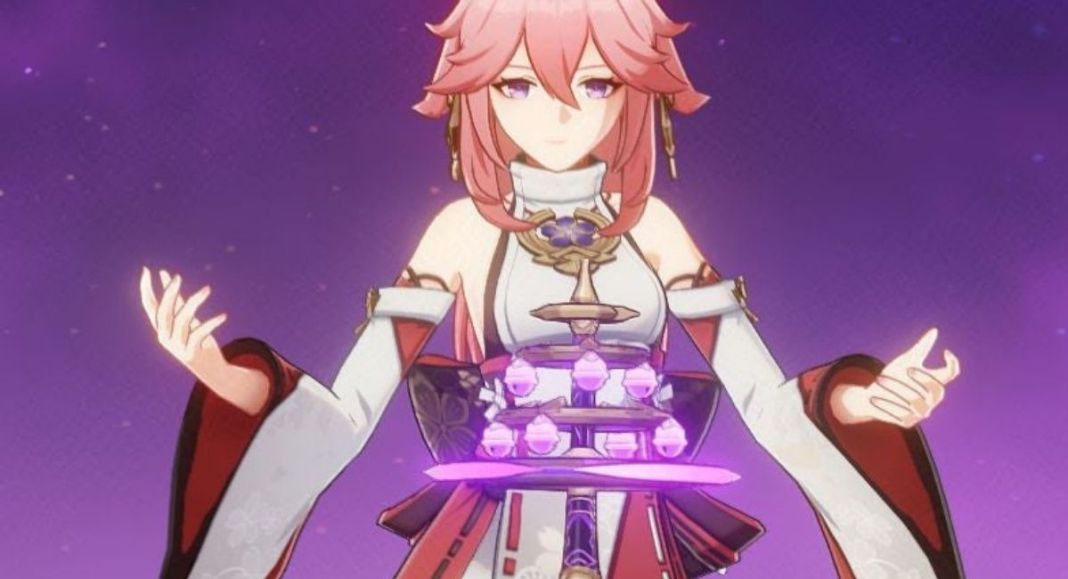 The Kagura’s Verity is the signature Catalyst weapon of Yae Miko that players can obtain in the Genshin Impact 2.5 “When the Sakura Bloom” update.

It is a five-star catalyst whose secondary stat bonus is CRIT DMG. Moreover, the weapon skill, Kagura Dance, increases the damage output of the wielders Elemental Skill.

The Kagura’s Verity is a great weapon not only on Yae Miko. But also on other catalyst users.

Seeing that, we have prepared a handy Genshin Impact guide that shares official details on the weapon stats, skill, and how you can get it.

Here are the official weapon stats for Kagura’s Verity catalyst:

Kagura’s Verity weapon skill is called ‘Kagura Dance of the Sacred Sakura,’ and here is what it does at base refinement level:

How to Get Kagura’s Verity Catalyst

The Kagura’s Verity is a five-star weapon that will be featured on the Epitome Invocation banner releasing alongside Yae Miko on February 16th, 2022.

You can use the Epitomized Path gacha mechanics and currencies like Primogems, Intertwined Fate, or Genesis Crystals to perform wishes on the weapon’s banner to get Kagura’s Verity.

Genshin Impact Kagura’s Verity Weapon Stats, Skill, How to Get