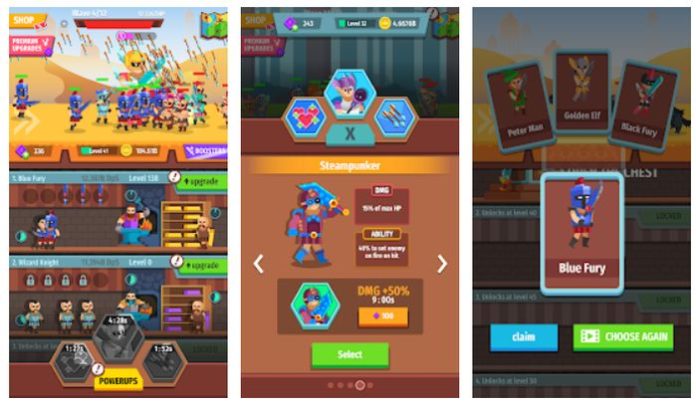 Gear for Heroes: Medieval Idle Craft is a brand new mobile game by Vivid Games, one where you craft weapons for heroes that you send in battle to defeat enemies wave after wave.

We’re going to help you make things even more fun by sharing some Gear for Heroes tips and cheats in our complete guide to the game. You’ll learn how to optimize upgrades, disable ads and get the most out of this game quickly.

So let’s not waste a single second and instead let’s see what can be done to get better at Gears for Heroes with our tips and tricks.

You have to keep on tapping!

Although most idle / incremental games will eventually save you from the need of tapping, you’re always going to get a huge bonus and progress faster in Gears for Heroes if you tap a lot.

Unlike most games, this one lets you tap in one of three areas of the screen, on each hero level:

Even more, tap two levels at once: two blacksmiths on your lowest levels you have unlocked (since they produce the best units), then move to the heroes on the same levels.

You can even tap with four fingers, if you place your device on a table to completely speed up the delivery of both weapons and heroes.

When you start the game, you will get just two power-ups for free (the Arrows and the Golden Warrior). The third power-up has to be bought.

Make sure you do so ASAP – make it the first investment with diamonds that you make, then constantly work on

What Power-up to get?

By default, the more expensive power-ups are automatically better – so the White Wolves, for example, are really good. But chances are that you won’t afford them as your first purchase.

If you’re a free to play player, you will have to choose from the cheaper Powerups and I recommend you to get Icefall firt.

This power-up deals instant damage to a large number of enemies and it is ideal to help you get through the waves really fast.

I actually recommend focusing on the power-ups that give you more damage: Fire From Heaven is a nice upgrade, followed by Meteor Rain or the insane Giant Asteroid (which kills ALL enemies on the field)

As you progress through the levels, you unlock new warriors that you can use in battle and they’re all better than the first, Golden Warrior (so don’t upgrade it at all!).

If you have premium currency on hand, you can unlock the other warriors early. Or just watch 15 video ads and unlock Steampunker for free. He’s an amazing hero that will help you a lot!

If not, just slowly go through unlocking new heroes and upgrade them to deal more damage. The second one – Mighty Elf – is actually a good hero that sets enemies on fire, so you’ll be using him for a while.

Afterwards, Steampunker is the best hero in the game, but you need to reach level 60 before unlocking him (if you don’t want to watch ads to do it faster, which is recommended).

Once you have Steampunker, start investing diamonds in upgrading his skills, to make him even more lethal.

How to upgrade your heroes?

But powerups aside, most of your time will be spent training and sending heroes into battle. And for each hero that you have, there are 4 different areas that you can upgrade. Here’s how I recommend you to do it:

First, focus on the first two – Damage and Health. Ignore critical hit chance for a while, and go for speed second.

I do it like this: I buy 3 Damage upgrades, 3 Health upgrades, 1 speed for 3 times, then 2 Damage and Health, followed by 1 speed for 3 more times. Afterwards I buy one of each, including Critical Hit chance.

You can go even more with speed and damage, for example, and ignore Critical Hit for later. But damage and health are extremely important!

What heroes to get

Whenever you unlock a new level with a blacksmith in an area, you receive one random hero which can be changed if you watch a video.

The problem is that the game currently offers absolutely no details regarding the heroes that you have received or the other options that you have… so you’re really left out in the cold on this one.

One thing is clear though: each new level that you unlock will give you better heroes than the previous level, no matter what you get. As a result, with things being as they are right now, I recommend you to simply accept whatever hero you’ve received. There’s no point in changing that.

If things change and the developers will decide to make it easier for us to know if some options are better than others, things might change. But until then, just go with anything you have!

How to disable ads

The best way to disable ads in Gear for Heroes: Medieval Idle Craft is to go to the Shop and buy the No Ads IAP.

However, if you really can’t afford it and you don’t want to go through with the video ads (remember, they pay for the developers’ salary and help them create more games and update this one!) there is one thing you can do:

Disable all internet – both WiFi and Mobile – on your device. You can go in airplane mode, for example, and you won’t have any ads.

If you choose to turn off your WiFi and Mobile Internet, you will lose one very important opportunity: that of watching video ads for all sorts of cool rewards.

From increasing your offline earnings to increasing those you receive for leveling up, free premium currency, boosts or resetting the timers for your power-ups, the video ads give you all sorts of bonuses.

Take advantage of them and use them as often as possible: the game will throw them at you anyway, so at least watch them to get something good in return out of them!

These would be all our Gears for Heroes: Medieval Idle Craft tips and tricks. If you have additional advice to add to our guide, don’t hesitate to do so by commenting below. 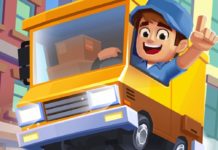 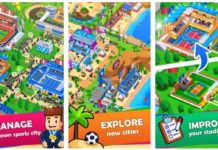 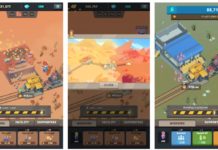