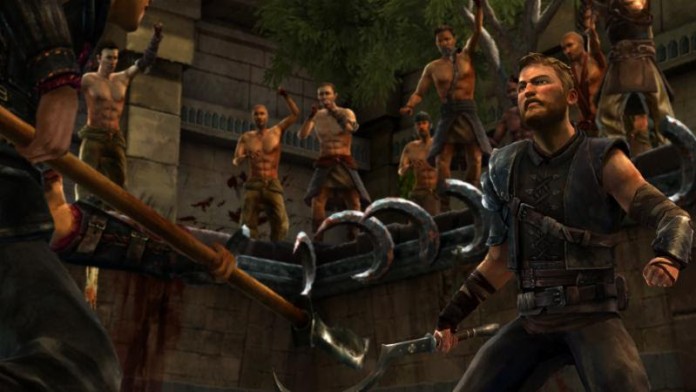 Game of Thrones Episode 5: A Nest of Vipers follows the events of the previous episode and features some really important events such as Rodrik Forrester confronting Ramsay Snow, Mira being under suspicion following Tommer’s coronation and more.

The Game of Thrones game from Telltale stars main characters from House Forrester, a minor hourse from the Wolfswood in the North. The members of this family will end up traveling all over Westeros and even to Essos in the attempt to save their family, visiting several locations such as King’s Landing, the Wall and more. Actors from the TV show also provided voice acting for some of the characters such as
Lena Headey (Cersei), Peter Dinklage (Tyrion), Natalie Dormer (Margaery), and Iwan Rheon (Ramsay).

Game of Thrones Episode 5: A Nest of Vipers is now available for purchase on iOS. The game is a really well made adventure game so make sure to check it out if you’re a fan of the popular TV show.