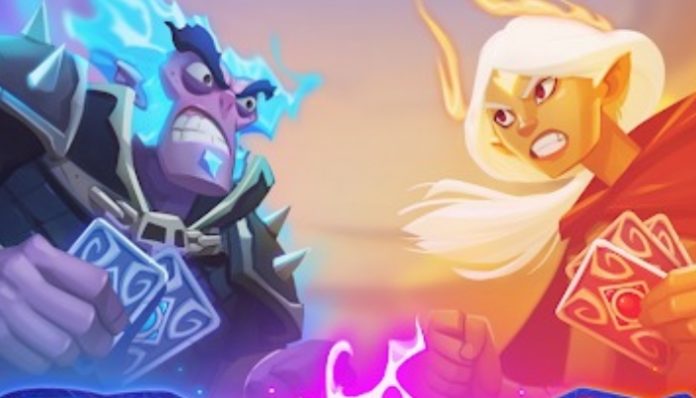 Gambit is a head-to-head collectible card game brawler that lets you take on the world with fantasy heroes! With over 100 unique units cards each with their own set of powerful abilities and quirky personalities, Gambit is all about forming your own awesome deck and expressing yourself through domination! Which factions will you choose? Our Gambit cheats and tips will show you how to get the upper hand on the battlefield!

Gambit, like most collectible card games, is all about covering your weaknesses and utilizing specific strategies. We will go over all of that in our Gambit cheats, tips and tricks strategy guide to build a good deck!

You can pick up to two factions to represent in your deck. Each faction focuses on a specific playstyle, so if you want to really know the in’s and out’s, you should try to experiment with all of them!

The Divine faction focuses on health manipulation and protection. Almost all of the deployable unit cards have some sort of buffing their health of ally health. Some of their spells also do bonus damage to undead units. If you like playing defensively, the Divine faction might be for you! 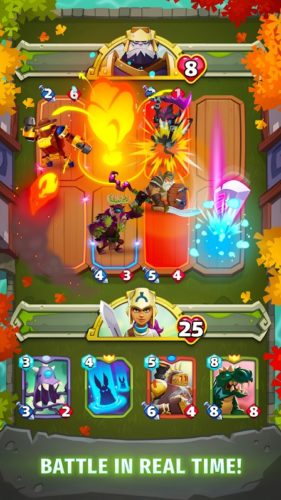 The Empire is all about efficient and successive unit deployment. Empire units will receive an immediate buff as soon as they are deployed as long as you have an existing Empire unit already in play.

The Empire also has access to the Taunt ability, which forces your opponent to attack a single lane. They also have access to the Automatons, which can help bolster your forces by repeating certain action.

The Cabal is a dark faction all about death and destruction. Many units are Undead, and they each have a unique effect upon defeat. The Cabal is all about recklessly charging into battle almost begging to die, because in most circumstances your opponent will be at a disadvantage if they kill certain Cabal units. 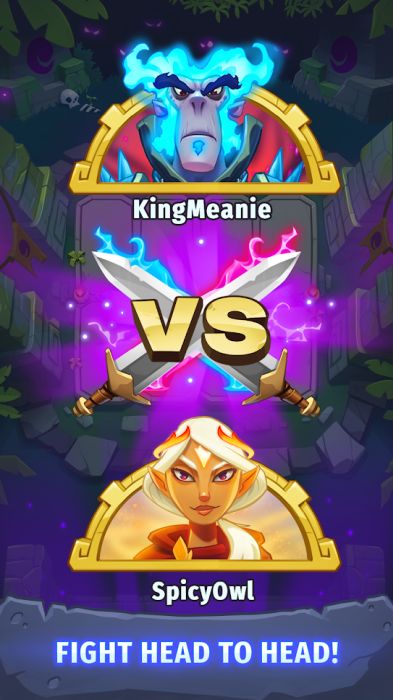 The Exiled are a straightforward rag-tag bunch of misfits who focus on counter attacking. Exiled units often have the ability to self-buff if they have taken some damage, or if your total health is under a certain threshold. They also can deal heavy damage directly, using their Fireball spells.

The Syndicate is all about crowd control and trickery. Many cards, unit and spells, have the ability to stun enemy units. The Syndicate units also sometimes gain more attack power if they are unopposed, and there is even a spell card that lets you move a Syndicate unit to another space.

Finally, the Neutral category contains mixed units that have traits from all of the above factions. You will fill out the rest of your deck with these guys if you do not have enough faction units, so get used to them!

Try to have a lot of units cards with a couple of spell cards. You do not want to have too many of the other, as you may find yourself in a sticky situation without being able to counter attack your opponent. Spells can often help you in a bind, so do not neglect them. 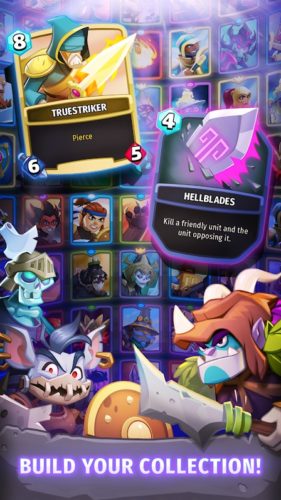 It is important that you pay attention to mana costs as well. Loading up your deck with nothing but expensive, powerful unit cards may seem like a good idea on paper, but you will be way too open to attack while you are waiting for your mana to recharge. Even it out with a mix of cheap, efficient units with powerful ones.

Keep an eye on the coin bank!

Whenever you finish a match in Gambit – win or lose – you will earn some coins from the coin bank. The coin bank will deplete if you play enough, but do not worry – it will recharge over time.

If you completely empty out the coin bank, maybe it might be time to take a break and wait for it to refill, as you will not earn anymore coins for any played match thereafter.

Play during Punch O’Clock for a free rare wild card!

Wild cards, as you learned in the tutorial, can be used to craft cards you do not own yet. You can get a free rare wild card if you play during the “Punch O’Clock” period, which is from 5am – 8am PST and 5pm – 8pm PST every. All you have to do is play ten games during this time frame and the wild card is yours, but you can only get one a day.

That’s all for Gambit! If you have any other tips or tricks to share, let us know in the comments below!