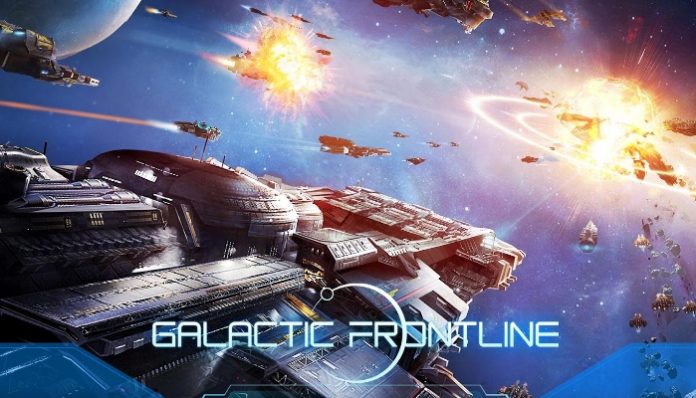 Battle other players from across the world in real-time epic space combat in Galactic Frontline, NetEase’s newest multiplayer real-time strategy game. Build a vast army of warships, customize their powers to your liking, and command them in intense real-time space warfare. Our Galactic Frontline cheats and tips will show you how to lead your fleets to victory!

Deploy according to the slots!

This is something that the game glosses over but is actually somewhat important: the deployment slots during a battle actually corresponds to different sides of your ship. The leftmost deployment slot will deploy out of the top left side of your ship, while the rightmost side is the right side.

Now, how is this helpful? Well, if you want to concentrate fire on your enemy’s escort vessels, this is incredibly useful. If you want to take out their left escort, concentrate your stronger units on the left side of your ship. That’s just one example of positional deployment tactics! 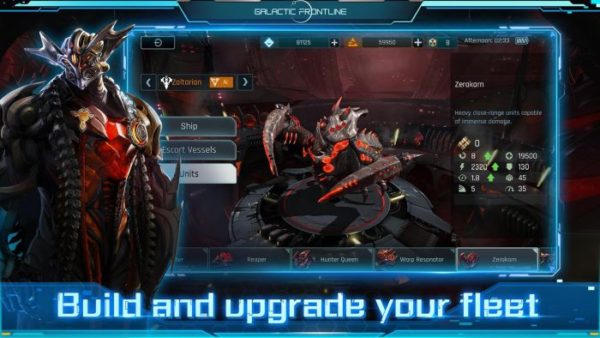 In addition to position, knowing which units are deploying at which times is integral to understanding the flow of battle. It’s best to set aside some time to go through your units and read up on their strengths, weaknesses, and passive abilities.

Some units excel in numbers, while some are more suited for supporting other units. Knowing what your units are good at can help you decide where to deploy them.

Predict the flow of battle!

Once you set a deployment slot, it’ll continue to produce that unit so as long as you have the energy required. A simple and reliable strategy is to produce a lot of cheap units at the very start of the battle.

This way you’ll still be able to build up energy over time while keeping the pressure on your opponent, preventing them from doing the same as they’ll need to respond to your attacks. 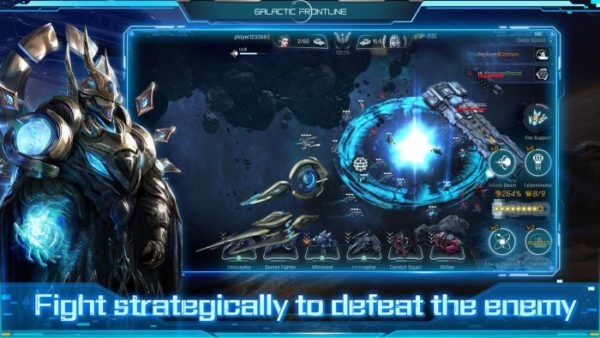 The key to this is to trying to predict how the battle is going to go. Is your opponent on backpedal trying to keep up with your barrages? Then go ahead and proceed with stronger units! Are they trying to fight back with lots of low-cost units? Then perhaps you may want to save your energy for your escort vessels.

Whenever you played a ranked battle, you’ll power up your Battle Crate. If you can manage to win three ranked matches in a row, your Battle Crate will undergo a big upgrade and you’ll get a bunch more stuff from it. You can choose to open Battle Crates at any time, but it’s best if you wait until you’ve upgraded it for the best possible loot.

Even if you don’t win a ranked battle, just playing more battles is enough to up your Battle Crate’s strength, so keep playing and don’t get discourage if things don’t go your way right away! Battle Crates are important because they’re the main way of earning new modules, materials you need to upgrade your ships. Don’t neglect them!

Queue up your Exhibition Matches!

Exhibition Matches are automated matches that play out on their own. You can start one up whenever you see its status as “Ready” on the main menu. Before you jump into the story mode or ranked battles, be sure to start up an Exhibition Match. If your loadout manages to win the battle, you’ll earn some nice rewards like supply vouchers and credits.

That’s all for Galactic Frontline! If you’ve got any other tips or tricks to share, let us know in the comments below!