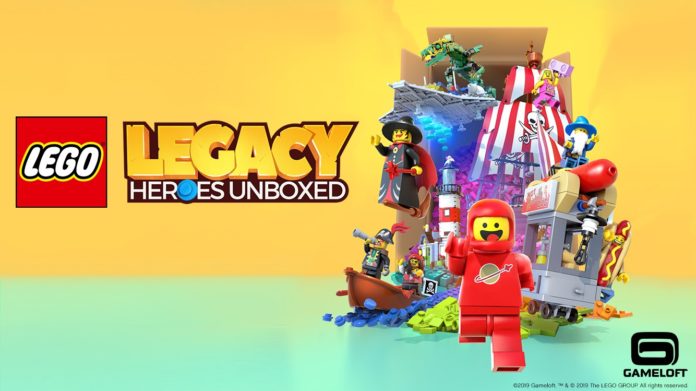 Free to play battler role-playing games are all the rage now on iOS and Android, with a lot of games based on the most popular franchises. While there are a lot of these games with similar mechanics, it seems like players are not getting bored of them, as more and more of them are getting released monthly.

The next addition to the free to play role-playing game roster on the App Store and Google Play Store is LEGO Legacy: Heroes Unboxed. Being based on LEGO, this game is surely going to be incredibly popular, and the development team recently released a brand new trailer to make fans even more excited. You can find this new trailer below.

On a related note, developer Gameloft recently opened a pre-registration campaign, allowing players to pre-register to obtain special in-game bonuses. The more players register, the better the bonuses will be.

Additionally, players can now choose between three different LEGO figures, and the one getting more votes will be made available for free when the game launches later this year

LEGO Legacy: Heroes Unboxed will see players collect a ton of different LEGO figures, all coming with their own unique abilities, and use them in battle. The game will also allow players to create their own dioramas, which is something all LEGO fans will appreciate.