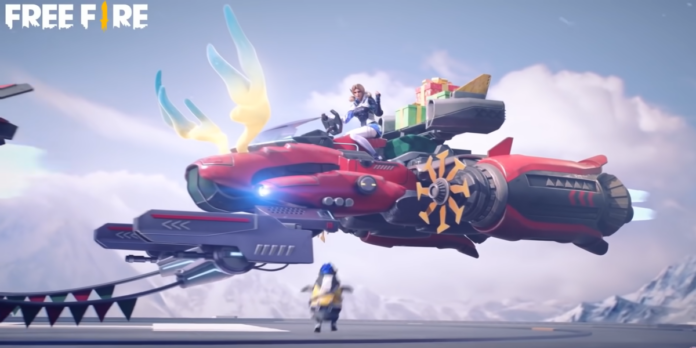 Get ready to witness the arrival of a brand new map called Alpine in Free Fire. This upcoming map was initially a fishing village, however, it later became a military outpost during the Winter War when Team Elite battled against Mr. Red and the Yeti over the stolen energy core. The Alpine map was previously teased during the New Age campaign and recently, Garena shared some important details, including the map’s release date, which has us all excited for all the new content.

Here is all you need to know about the new Free Fire Alpine map as well as when you can play the map.

The Alpine map in Free Fire will be released on Dec. 31 at 6 pm CT (Jan. 1 at 12 am GMT) for the classic and ranked modes. With the new year just around the corner, Garena is all set to treat players with a fresh new map in the game. The developers are calling the first day of the new year as New Age Day, and there are a ton of events coming with the release of the new map.

Every player who jumps into the game on this day will receive a Yeti pet alongside other collectibles. Garena has also planned some “never seen before” events for Free Fire and it will surely keep players engaged for a good amount of time. The new map also has a unique storyline which has Wolfrahh, Misha, and Mr. Waggor on an assignment to deliver an energy core to heat the Alpine region. However, things doesn’t go as planned and a bunch of villains steal their core and now our protagonists are stuck in the snowy map.

To make the wait for the new map a bit easier, Garena has come up with a new VR experience, which lets you to check out and see the map. There are even some mini-adventures that players can take part in and perform. You can even get your hands on the Magic Cube Fragments by playing and battling on the new map and these can be redeemed for “exclusive items” on the Magic Cube exchange store.

That’s not all. There will also be a few limited-time bundles available on the exchange store, which contains a Winter Icerunner Costume Bundle. You will be able to unlock these as you earn more New Age tokens. Players can also receive special rewards when the complete 3 to 10 battle royale matches.