Home Guides Fortnite Flare Gun Showcase: How to Use, Is it Good, and More 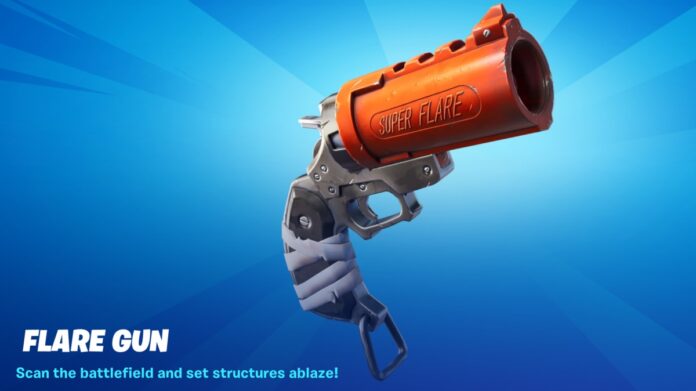 Fortnite Chapter 3 sees the return of some old favorites like the Flare Gun, first introduced in Chapter 2 Season 3. This is a Rare weapon and is pretty versatile, but has limited ammo capacity. The Flare Gun contains 6 charges only, with one charge in the chamber at a time, and once all charges are used up then it is discarded. There is no chance of reloading once the 6 charges are gone, so if you need more, you will have to find another Flare Gun.

How to Use a Flare Gun in Fortnite

A Flare Gun can be found anywhere you normally pick up loot. We usually find them lying around inside buildings or by campfires. Occasionally, they are found in a chest.

Flare Guns can be fired over the top of an area to reveal the locations of every enemy inside, working very much like the Shakedown mechanic. A small red diamond above each opponent’s head appears to show you their location.

This also works on wildlife such as wolf packs, revealing how many wolves are nearby.

Not only does the Flare Gun reveal locations of enemies, but it can deal damage too. If you hit an opponent directly, it deals 60 damage.

Related: How to Find a Tornado in Fortnite Chapter 3

If the flare hits a building, structure, or the ground before it pings to reveal opponents, it will set them alight, causing a massive fire that eventually breaks the building down. The fire will also deal +15 damage to any opponent in the burning building—useful if you have a challenge to “Ignite Opponents.” Be careful when using the Flare Gun as a weapon in a confined space, as the fire can damage you too!

It is a very useful tool and weapon to have during a match—particularly during a Duos or Squads match—because of its versatility and the amount of damage it can cause to an opponent and their structures. It is a temporary weapon as it has a limited capacity, but nevertheless, it is not a waste of an item slot if you do decide to equip it. If Fortnite buffed it to have extra rounds in the chamber, it would be pretty overpowered.

Let us know what you think of the Flare Gun in the comments below. 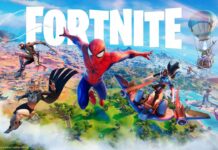 How to Join the Waitlist for Fortnite Mobile Closed Beta 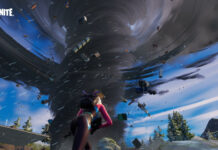 How to Fly with a Tornado in Fortnite Chapter 3 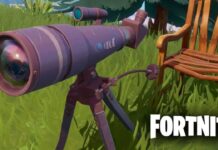 Where are All Telescope Part Locations in Fortnite Chapter 3? – Answered