First things first, we need to establish if you’re already familiar with MMORPGs and the way they work. If you’ve already played names like Jade Dynasty, Lineage, Albion and many more, you probably know which classes you might like and which not. But if you’re completely new, we’re here to help you pick the best class for you.

So without further ado, here are our picks for the Forsaken World: Gods and Demons best classes in the game!

Can advance into: Gunslinger or Artificer

The Gunner is a tiny character with massive power. They hold two pistols and fill a hybrid role falling somewhere in between damage and support. As a Gunner, you will use advanced tech-y weapons and mobility to move around the backline, aid allies, and deal plenty of damage to the opponents.

As for the advanced classes, the Gunslinger focuses more on damage, while the Artificer acts as a high-tech support.

Can advance into: Elementalist or Arcanist

As a Mage, you will be a beast in terms of damage dealing, but quite weak when it comes to survivability. Mages are DPS classes by default, and lack in the mobility and DEF department. If you choose to play as one, you’ll have to position accordingly and rely on your teammates to keep you alive in difficult situations (on supports mainly).

Don’t be mistaken – both of the classes deal damage, except one focuses more on burst damage, while the other on DoT and Crowd Control. As an Elementalist, you will convey the power of the elements to burst down opponents, while as an Arcanist you will offer a lot more crowd control, but not have the same burst power.

Can advance into: Celestial or Oracle

The Priest is the main supporting class in the game. Their entire existence revolves around providing buffs, heals and shields to allies, which means they don’t really excel at damage dealing or crowd control. It could be a fairly easy to play class, but for late-game content they need to have a good understanding of the game and who to prioritize with their skills.

As a Celestial, you will maximize the supporting skills and offer some really amazing buffs to allies. Furthermore, they’ll become even tankier, which helps quite a bit. By choosing the Oracle, the damage output will increase, but it’s still going to be lacking in comparison to other classes, such as the Ranger or Mage.

Can advance into: Sharpshooter or Jungle

The Elven Rangers are decent damage dealers, and overall well-rounded characters. They are not really amazing at crowd-controlling the opponents, but they’re not as squishy as other ranged characters. They’re easy to play and overall enjoyable, but might not be as entertaining before advancing into a different class.

The Sharpshooter will focus on boosting the burst damage and slightly improving the (almost non-existent) crowd control, while the Jungle Ranger will excel at summons, that can fulfill different roles.

Can advance into: Assassin or Shadow

The Rogue is a melee assassin class, which relies on surprise attacks and burst damage, that should shred the enemy to a pulp. They’re really amazing for PvP, since their stealth abilities will allow them to surprise any opponent. As for the PvE aspect of the game, they can really do well, since monsters won’t pose such a big threat anyway. However, they will not be as efficient as other AoE or ranged classes.

As an Assassin, you will still be the same powerful force, but with even more damage and survivability, while as a Shadow, you’ll rely mostly on mobility and surprise attacks, to really dismantle the opponents.

Vampire is one of my favorite classes, since they can do well damage-wise, survive like a hero under most situations, and are also extremely mobile. Vampires are mostly melee characters, but can use their bats (in the form of spells) to deal ranged damage. It’s an overall unique class, that is extremely fun to play and is also quite forgiving in terms of execution.

The Flamebringer will focus mainly on the melee part of the Vampire, turning them into a powerful fighter that uses fire to take down opponents and survive. As for the Shadowcrafter, they will focus on bats and ranged skills.

Can advance into: Paladin or Hexblade

Warriors are your typical fighter-tank blade-wielding class, that is quite all-rounded and easy to play. They do especially well defense-wise, and have an average damage output. With a pretty easy to understand kit, they are a great choice for complete beginners, especially since in the late-game they can become really fun (as Hexblade mostly for increased damage).

Paladins will boost the Warrior’s defensive stats more, making them amazing tanks. The Hexblade (my go-to choice in terms of Warriors) is also quite tanky, although not as tanky as a Paladin, but has a lot more damage.

For a complete beginner, I’d recommend one of the following:

If you want to know what the best classes in the game are, no matter if they’re beginner friendly or not, I’d recommend the following:

– Rogue (for massive DPS and PvP)
– Mage (for having tons of fun, dealing good DPS and being generally great)
– Priest (the best support)
– Vampire (really, really fun to play and very powerful)

What is your favorite class in Forsaken World: Gods and Demons? Let me know down in the comments section below! 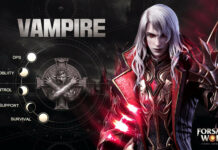 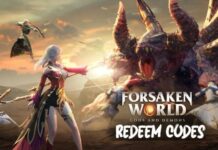