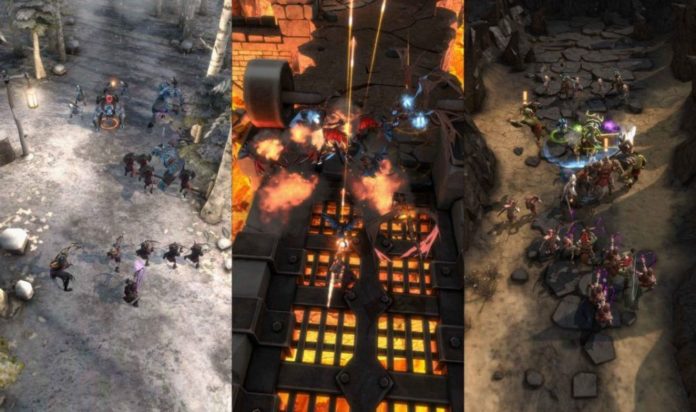 First Summoner, the highly anticipated strategy RPG from LINE GAMES and SkeinGlobe, has finally arrived on the App Store and Google Play. This one, if you didn’t know, is a highly tactical fantasy RPG which challenges you to get experimental with your deck and formulate your own unique strategies to suit whatever combat situation you find yourself in.

The game serves up a single-player campaign in the form of its World Map mode, as well as an intense PvP arena mode known as ‘Snake’s Head’. On top of that, there’s also a roguelike mode where you’ll work your way through an endless, treasure-filled dungeon.

First Summoner was designed with one-handed play in mind, so you can expect a game that’s comfortable to play even during longer sessions. The big hook is its deck-building feature which allows you to manage your special hero and deck of 6 cards. It’s entirely up to you which sorts of cards you think would be best suited to your current combat situation, and you’ll need to regularly experiment in order to stay competitive in both the single-player and online modes.

Among the normal cards are special summon and spell cards that allow you to bring terrible beasts into battle, and the deck building itself is kept straightforward and intuitive through some smart design.

First Summoner’s first event has now arrived in the form of the special ‘7-Day Journey’ welcome celebration. Here, you’ll be able to take on rewarding daily missions and even work toward earning yourself a powerful Legendary Card.

If you want a strategy RPG that trusts you to be smart and experimental, First Summoner is now available for download from both the App Store and Google Play.