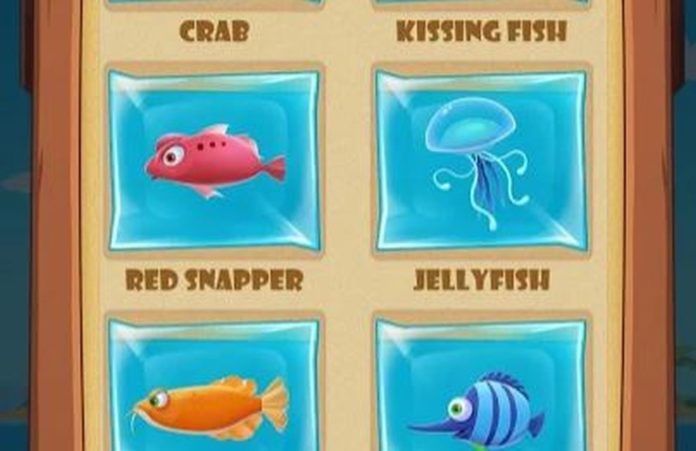 In today’s article we are going to cover the Fishing Fantasy tips and cheats to help you catch better and bigger fish, which will bring in quite a big profit!

Now you need to know – this game is a pretty ad-hungry game, which means that every step of the way, if you haven’t closed the data traffic and Wi-Fi connection, you will end up getting bombarded by ads! But despite that, they will also come in handy for several things in the game, so if you are against them from the very beginning, you might not enjoy this game so much.

But if you don’t mind that part of the game, it’s a very chill and relaxing game – after all, it is about fishing! So we are going to share everything that we know so far and help you with all of our game tips below!

So let’s not waste another second, and dive right into the Fishing Fantasy tips and tricks right here below and share with you how to get bigger fish and make a lot of profit!

The game is pretty straight forward when it comes to launching and starting the game. It has no tutorial whatsoever, so all that you need to know is that there is no hidden game mechanics behind the apparently simple facade.

To start playing, all that you need to do is tap on the text which says Tap to start. At that moment you will launch your fishing line down into the sea and you can start moving it around to capture various fish and start making money.

Always move your line around and try to capture the best fish possible, because they will give you the most profit and help you make a lot of coins quickly!

Be mindful of your baits / hooks

You will have a limit of 30 fishing hooks / baits which you can use at once, so try to always keep a few. They will replenish over time, so I suggest that you try to never run out of them because at some point it might even take 30 minutes for them to replenish.

If that happens and you run out of hooks, then all that you can do is wait – however, I don’t really see it happening soon. But if it does, then just wait it out until it refills.

This is such a good instance that you can use the ads for, because it will be super useful especially since the upgrades cost increasingly more money with each upgrade you make. I suggest that you watch an advertisement when you catch a new fish, because that way you can collect 10 times the amount of money you make for that fish.

So when you get the pop up option that shows you’ve collected a new fish, you will see the first button which says collect 10x, and I suggest that you do this, because it is definitely something worth it. For a fish which you would get 5k gold for, if you watch an ad, you will receive 50k instead!

So definitely do this because it is well worth it! This offer will only appear once, when you catch that new fish for the very first time, so don’t miss it because you will not receive it again!

Guide to hook to catch the best fish

You can guide the hook left and right to catch the best fish, so make sure that you are doing it, because it will make quite a big difference. I suggest that you try to either go for the gold fish, which are worth way more, or for the fish which you can find at lower depths.

For example, if you check your fish chart, the fish which are lower in the chart, as you scroll down, are worth way more than the ones which are at the top of the list. So try to always aim for them if there are no gold fish nearby!

Also, try to avoid the lower profit fish which might sneak at deeper depths because they are really not worth it!

There are three types of upgrades that you can make in game, and they will affect different things, so if you want to know what they do exactly, then let me help you figure them out and learn how to distribute the points to level them up:

– Length: This is the length of the fishing line. When you upgrade this, it will increase the distance it can travel down in the sea, and help you reach new species of fish down in the depths.

– Strength: This is the amount of fish you can carry on the hook. It goes without saying, that the more fish you can catch, the better, because it is a feature which helps you make more money quickly.

– Earning: This is the amount of money you will make idly in the game. It’s useful, but not really – I mean, it works well while you are offline, but it is not really working wonders while you are in game actively playing.

I suggest that you first upgrade the Strength so that you can catch more fish and thus increase your earnings even with a level 1 Length. Once you’ve made several upgrades here, you can work on the Length of the fishing line, because it will help you reach new depths and capture new fish.

You can work on upgrading the Earning too if you have some extra coins, because this will help you for when you decide to close the game. While you are offline, the game will continue to make coins for you, so you can collect them when you are logging back in the game!

Watch an ad to triple your collected fish!

This is super useful, especially if you’ve caught some very good fish. However, if you only collected several mediocre to bad fish, I don’t think it is worth it, but if you don’t mind watching an ad to triple the reward, then it’s up to you!

Every now and then you will spot a gift box floating on the water! Go ahead and tap on it to open it and collect it by watching an ad! This gift box can contain anything from money, to useful stuff such as a Golden Hook!

That will help you catch only golden fish for a round, so it is a very useful tool especially for later on in the game when the super expensive golden fish from lower depths will make an appearance!

Start looking for the gold fish!

You will spot various types of golden fish swimming around, and if you can’t already tell, they are valuable! The golden fish are the best ones so try to pick them up whenever you can!

There will be several types of gold fish in the game – pretty much for every type of fish there is also a gold variation of it, which is worth a lot more than the normal version. I suggest that you always try to pick these up because they are worth a lot of money, so they are a good way to fill your hook up with them!

Collect your offline earnings and triple them!

While you are offline in the game, you will still make some money, and if you leveled up the Earning, then you will definitely have quite a good amount of money waiting for you the next time you log in to the game.

All that you have to do to collect your offline earning is tap on the button in the bottom right corner of the screen, the Profit button! There you can choose to watch an ad and collect 3 times the amount of money it is offering you! Definitely do this especially if you’ve been offline for some time, because you will make great use of every little coin you have!

You can check out our gameplay video right here (and try to not be distracted by the millions of ads which the game bombards you with):

These would be all of our Fishing Fantasy tips and tricks that we have for you right now! While this game is quite ad-focused, they might still come in handy sometimes – so if you know some more useful game tips and strategies to catch better fish, feel free to share them with us and the rest of the players down in the comments section below!