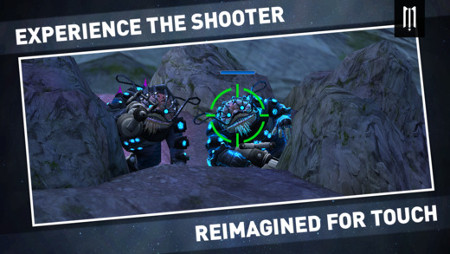 A really interesting first person shooter has been soft launched today in Ireland, allowing gamers from the country and all those with an Irish account to download the game for free.

Midnight Star is a really interesting first person shooter developed by Industrial Toys. While not many gamers will recognize the team’s name, this isn’t an inexperience team, as Bungie co-founder Alex Seropian and Tim Harris have both worked on this game. Even the soundtrack comes with a strong pedigree, as it’s been created by Serj Tankian of System Of A Down fame.

Midnight Star is set 150 years in the future so you can expect many sci-fi elements as well as plenty of shooting. The game’s graphics are also quite good, which should help the game considerably once released globally. Even the gameplay experience sports quite a bit of depth so gamers will be in for something really good.

Midnight Star is now available for download on the Irish App Store. The game is available for free so make sure to download it if you live in Ireland or have an Irish account. A global release date for the game has yet to be confirmed. We will let you know more about the matter as soon as more news are in so stay tuned for all the latest updates.