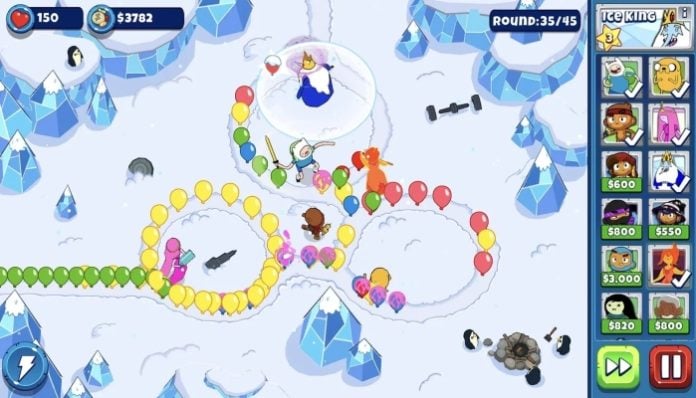 The Land of Ooo is no stranger to weird occurrences and extraordinary events, but this one is going to go down in history as one of the silliest happenings! Those pesky Bloons from the popular tower defense series Bloons TD have invaded, and now it’s up to you to help Finn and Jake save the day!

Bloons Adventure Time TD is the newest entry into the Bloons series, and this time it’s a big crossover with Cartoon Network’s hit show Adventure Time. Finn and Jake team up with the monkey towers from the original games to take on this new inflatable threat! 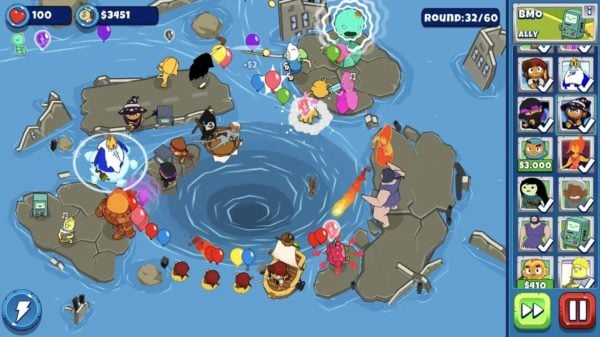 Bloons Adventure Time TD is very similar to the recently released Bloons TD 6, with the same monkey towers and bloons appearing. Don’t worry though, as there are also brand new towers for you to play with, including the explosive C4 Charlie and stealthy Sai the Shadow!

And of course, you can recruit the big time heroes like Finn, Jake, Marceline, Princess Bubblegum, BMO, and more! Your favorite Adventure Time heroes will join the battle and take the fight to the bloons using their signature abilities. 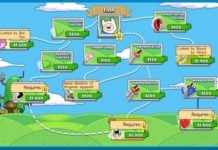