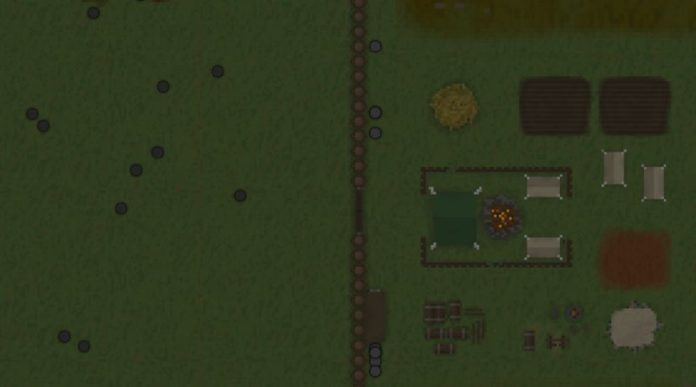 Final Outpost is a minimalist, yet charming zombie survival and base building game available on mobile. Without ads and paywalls, it’s a breath of fresh air in the world of mobile gaming.

But we’re not here to praise the game, even though it does deserve all the praise it can get. Instead, we’re here to share with you some Final Outpost tips and cheats in our complete strategy guide below.

So if you want to make sure that your camp not only survives the zombie apocalypse, but also thrives in the game and expands like crazy, read on our Final Outpost mobile game tips and guide below.

You should always pay attention to costs and benefits when it comes to deciding if you should upgrade existing buildings or buy new ones.

Same goes with most other things: it’s better to upgrade first instead of building a new structure, with the new structure being built when you are already at maximum level or one upgrade above the first level (this applies early on in the game).

A good idea is to upgrade and build over the night – not because it is more advantageous in any way, but because nights in Final Outpost are extremely boring, despite the zombies that keep attacking.

Get better materials by upgrading the Scrap pile

In order to unlock better upgrades, you need better materials. And the way to get those is by upgrading your Scrap Pile.

You won’t need new workers – the existing Scavangers will start bringing in better loot after you upgrade it.

Food is extremely important throughout the game, but early on it’s the most important thing and probably the most difficult one to get.

It will naturally be a few days before you will have a solid system running, with enough people to handle the production of food and basic materials, but afterwards things should be pretty easy and your only focus should be upgrading structures.

Early on (and possibly later in the game as well), you won’t be able to feed all your people and there will be inevitable casualties. This is not really a big problem as it won’t hurt your game too badly: you will probably lose a maximum of 2 people per night, but usually 1.

Each day though, a bunch of survivors will come to your camp and you can easily and quickly replenish your numbers and get the required amount of workers that you need.

However, don’t rush to fill up all your population slots too soon, as you might end up not having enough resources to keep them all alive. So instead, work your way up slowly and make sure that you can keep alive your survivors and optimize production at the same time.

Remove all jobs over the night

Although a pretty annoying thing to do, it’s something that you should do especially early on in the game when resources are scarce.

Not only that you should make it your goal to turn all your survivors into people that guard your wall (ideally with knives, to reduce making too much noise), but not having survivors assigned to various jobs helps you save equipment.

If a survivor dies in the game while they have a job, the tool required for that job will be gone as well. The game seems to randomly choose who goes, and since knives are cheaper than most other tools, it’s better to have all guards during the night or at least no other jobs.

Focus on surviving the Red Nights

Every five days, you get a red night, which means that a huge amount of zombies will get past your camp.

The won’t necessarily attack your camp – although they will usually do – but you should always prepare for those nights and if you don’t have all survivors performing guard duties, that’s when you should!

Guards or no Guards?

Guards are really useful when it comes to protecting your walls, but they are also very dangerous. They are dangerous because they cause a lot of noise when they shoot their gun, attracting all zombies nearby.

On the other hand, they are extremely useful since their gun can take zombies out from a distance.

My approach here is this: I usually don’t post guards to protect the walls until there’s no other options. Most nights, the regular knife dudes will handle the zombies without a problem. If things get too difficult for them, bring the heavy guns in!

The same goes with the Red Nights: I’m usually waiting to see when and if they attack. Sometimes the hordes will just pass by. Sometimes, most of them will pass by. If you have a guard in place from the beginning, they will attract all zombies and make it a lot more difficult for you to survive.

So when it comes to your survivors and their weapons, it’s best to only use them when things are already bad, but not a second sooner.

Either way, you should know that you must defeat all zombies outside before your survivors can resume activity: if there’s even one left alive outside the wall, they’ll hide inside no matter what.

Don’t forget to repair your wall!

While early on, there’s not much damage coming to your wall, eventually things will get more and more complicated and you’ll have to constantly repair your wall.

So don’t forget to do that every day (or at least every other day) as you don’t want your only protection to be destroyed.

You should always micromanage workers and switch jobs based on the needs that you have. Also, remember that some jobs require more time to be completed than others, while everybody stops working at 19:00, no matter where their progress with the current job is.

In other words, if you have too much wood or scraps or food, take away some workers from that job and send them do something that gives you materials that you don’t have a ton of.

While food is very important at all times, you will soon see that you need more workers cutting wood than anything else, especially if you manage your tools over the night. So micromanage to keep the camp running at top speed!

This great game can be definitely played and enjoyed without ever seeing an ad or without making a single in-app purchase, that’s true.

But the person who made this game definitely deserves more than a pat on the back and a hat tip for the great work – as well as an encouragement for him to keep improving this game.

Therefore, if possible, consider buying one of the three available IAPS: even the cheapest one is better than nothing. Just make sure that you have enough room for the rewards!

This would be our Final Outpost guide, but if you have additional tips or tricks for fellow players, don’t hesitate to let us all know by sharing your comments below.