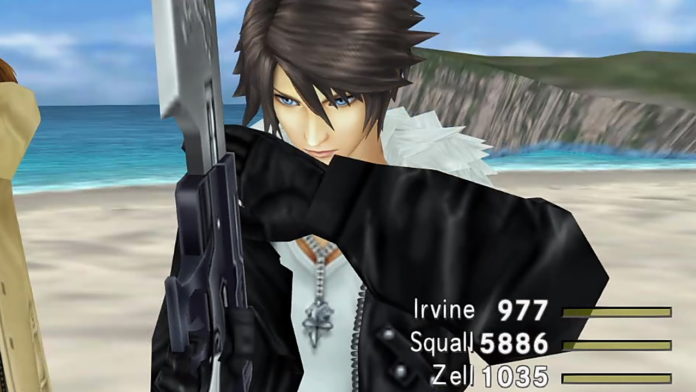 Final Fantasy VIII Remastered launched on consoles and PC launched back in 2019, letting more players enjoy the classic Japanese role-playing game originally released on the first PlayStation back in 1999. And from today, even more players will be able to enjoy it thanks to the mobile release that is now available on the App Store and Google Play Store.

Final Fantasy VIII Remastered is among the most unique entries in the series, as it features gameplay mechanics that deviate from the usual JRPG standards. For this reason, we have put together a list of the best tips to get you started on your adventure and start having fun right from the very beginning of the game.

Final Fantasy VIII Remastered features a unique level scaling system that scales the enemies’ level to that of Squall. As such, it is kind of pointless to grind for Experience points, as it doesn’t bring any real advantage. On the contrary, it can actually increase the overall difficulty of the game, as even regular enemies can be a threat at high levels.

The Magic system in Final Fantasy VIII Remastered is unlike anything seen in the series. Characters cannot learn Magic permanently in any way, and must draw it using the Draw battle command from monsters as well as from other sources scattered all over the world. Magic spells are effectively treated like items here, as you can cast a spell only if you have it in stock. Not that you want to do that unless it is absolutely necessary, as Magic is deeply tied to the game’s customization system.

The Junction System is the game’s main customization system. Each character in the game can equip a Guardian Force, a powerful spirit that grants access to a variety of different abilities. Among these abilities are the Junction abilities that let you associate any magic spell to any stat to receive boosts. The more of the chosen spell you have in stock, the higher the boost will be. For this reason, it is not recommended to use magic spells in battle. Physical attacks and summoning Guardian Forces in battle is way more effective, and highly recommended at all timnes.

The Limit Break system makes a return from Final Fantasy VII, but in a much different, and very abusable form. Instead of having to fill a gauge to unleash one of these special attacks, you get the chance to use Limit Breaks when your HP is in critical condition: you will know this condition has been met when the character’s name and HP value in the menu turns yellow. As Final Fantasy VIII Remastered lets you switch between characters with a full ATB repeatedly, you can just switch over and over until the Limit Break option becomes active. This can also be done with the Aura spell active without having to be in critical HP condition. This spell is a late-game spell with great Junction potential, however, so you should avoid casting it in battle unless necessary.

Money is a little hard to come by in Final Fantasy VIII Remastered, as monsters don’t drop Gil after battle. Other than by selling items, the only way you will receive money is via Balamb Garden every now and then. The amount of money you receive depends on your current SeeD rank, which can be increased by completing tests. As you get the chance to take on a new test every time Squall’s level increases, make sure to do so every chance you get to increase the money you receive from the Garden as soon as possible.

Although Final Fantasy VIII Remastered is a little on the linear side, there is tons of missable content, including Limit Breaks, Guardian Forces and useful items. For this reason, do not be afraid to use a guide to find everything there is to during the course of your adventure. The game doesn’t really warn you about missables, so don’t feel bad using guides for optional content.