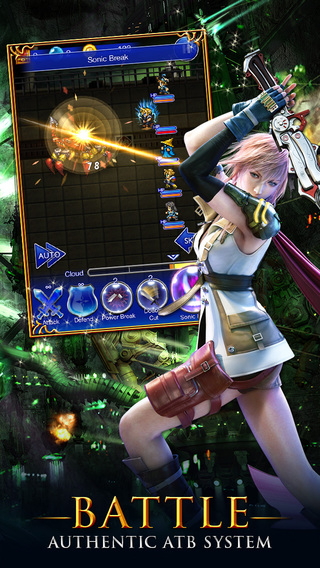 Final Fantasy: Record Keeper, one of the many Final Fantasy series mobile spin-off games released in Japan a while back, is now available in all regions on the App Store.

The game developed by DeNa and Square Enix has surfaced on the US App Store a few hours ago before becoming available in several other regions, allowing Western gamers to finally download and enjoy the game.

Despite being a free to play game, Final Fantasy: Record Keeper plays like a traditional entry of the series, with players having to explore a variety of dungeons inspired by past entries of the franchise, fight countless enemies with the classic Active Time Battle system, gather weapons and other items, improve characters and more. The game currently doesn’t feature everything that’s been made available in Japan, as only the records from Final Fantasy IV, V, VI, VII and X are currently available. More content will be coming with future updates.