Home Guides Final Fantasy Crystal Chronicles: How to Get the Best Weapons | Tips... 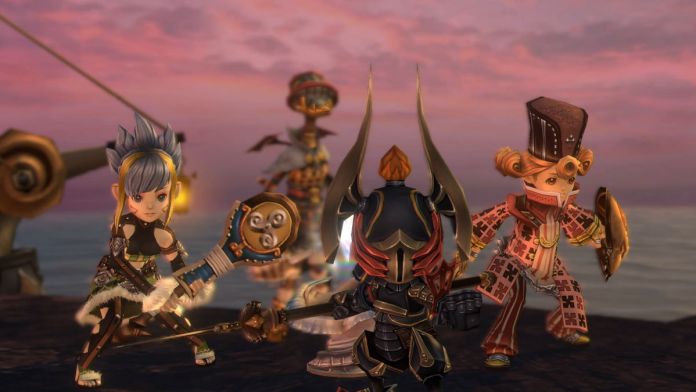 Welcome back to the crystal caravan! Today we have another guide on Final Fantasy Crystal Chronicles Remastered Edition. This time we will be looking at the various weapons in the game, specifically the strongest ones. You need all the power possible in order to survive the miasma!

Clavats have two choices to choose from their ultimate weapons: Lunathorn or the Blaze Nova. Both weapons clock in at a whopping 57 strength, but the both feature different focus attacks.

Lilties also get two weapons to choose from as their ultimate weapon: Laevatein and Daybreak. Interestingly enough, the Longinus – the original best weapon for Lilities before the new endgame gear – has the same strength, so that weapon is still good.

Both weapons are sporting 40 strength while having different focus attacks. The Laevatein has Void Thrust, which shoots out a small projectile. The Daybreak has Ultimate Cross Slash, an Assault-like focus attack.

Yukes get a variety of options when choosing their ultimate weapon. Each weapon has 56 strength, but they’re all packing different elements which makes their focus attacks change.

The awesome focus attacks on these weapons cast -aga spells, including Firaga, Thundaga, and Blizzaga. While this sounds awesome, the charge time is incredibly long so make sure you’re using a speed boosting accessory or cast haste.

To be specific, the Queen Rouge has Firaga Break, the Frost Magia has Blizzaga Break, and the Evil Keraunos has Thundaga Break.

The Selkie best weapons feature a little more utility than the other weapons. Both weapons have 54 strength, and the focus attacks have support effects on them rather than pure damage.

The Faerie Tail has Clearaga Trick as its focus attack, which allows you to cast Clearaga without having to fuse magic. The Evergreen has Hastega Trick, which lets you cast Hastega.

And there you have it: all of the best weapons for each race and how to get them! This list goes over the new, super powerful endgame gear. Once you get your hands on these weapons, you will be able to take down just about anything the game throws at you!

Have any tips or tricks to share about farming specific materials or blueprints? Let us know in the comments below!

Final Fantasy Crystal Chronicles: How to Get the Best Weapons | Tips and Cheats