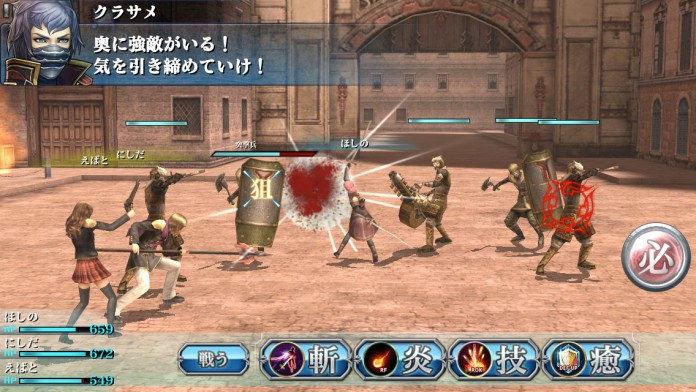 Square Enix has been, in the past few years, one of the few developers that have supported iOS devices with several ports and original games that have also managed to be quite successful. Among them are several entries of the Final Fantasy series, which have allowed gamers to play on the go some of the best role playing games ever released.

The Final Fantasy series is going to come back soon to iOS devices, at least in Japan. Final Fantasy Agito, free to play sequel to the PlayStation Portable game Final Fantasy Type 0, is going to be released next month and Square Enux has released a brand new trailer today, showcasing some gameplay sequences as well as some new features.

The trailer also reveals that it will be able to use some different costumes by pre-registering . These costumes are actually the everyday clothes that characters wear when not dealing with huge monsters.

Final Fantasy Agito is set in the same world as Final Fantasy Type 0 and serves as both sequel and companion game to the original PSP title. The game’s producer, Hajime Tabata, has based the whole gameplay experience on the one found in the original release, allowing gamers to taken on mission, explore locations, power up characters and more. The game is going to receive some episodic releases, not too differently from another Square Enix mobile RPG, Final Fantasy Dimensions.