Let’s take a moment to thank the fine upstanding mobile gamers of South Korea and Taiwan, who have spent the last two years playing Final Blade and helping developer Sky People get it into the best possible shape for its global release.

The result is a rich, polished, and fairly distinctive strategy-RPG. It won’t blow your mind if you’re already a pro at these gacha-infused loot-fests, but it has a couple of unique features, and a winning line in 2D character design.

You assume the role of Black Prince, a strapping fantasy hero. At the beginning of the game you set out to rescue the kingdom of Taemoon from the forces of chaos, but the evil Cheukchun intercepts you and scatters your party with her giant monster bodyguard. Boo! 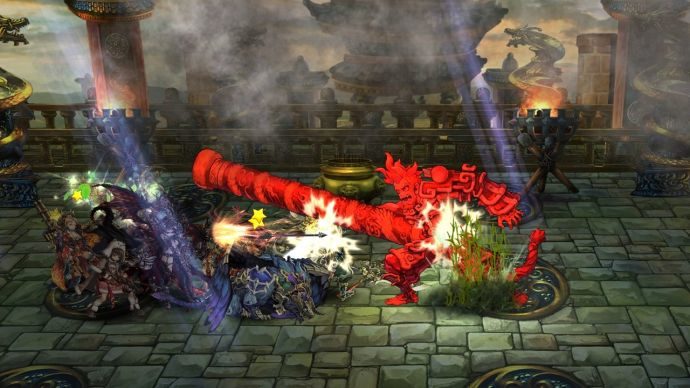 You have to summon your buddies back to your side, along with over 300 other characters, all of them beautifully rendered in 2D. Each summon costs sapphires, but there’s always a plentiful supply of these through missions, rewards, and so on so you’ll have an army in no time.

And what do you do with an army? You fight. The main Adventure campaign is your primary source of violence in the first instance. It’s where you level up and unlock the rest of the game.

This mode is cut up into chapters, each containing eight normal stages and two boss stages. Before each one you can choose your party’s formation from the default selection and the ones you’ve paid for. You can choose which heroes go where in your formation, too, but let’s face it: you’re going to auto-assign. 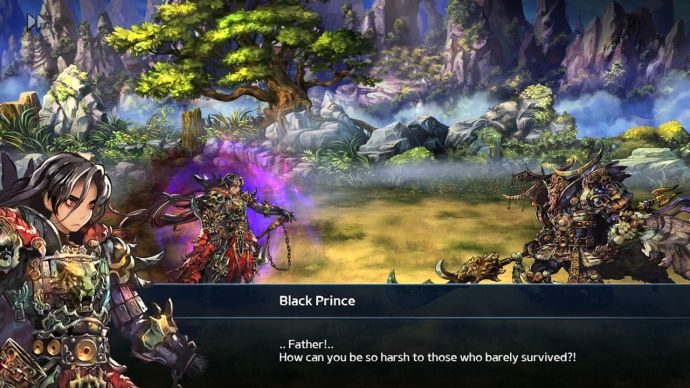 Final Blade offers a huge amount of automation, which is a very good thing – particularly in the low-stages early stages. Not only can you can automate stages, but whole chapters too, by tapping ‘continue battle’. This sees your party rolling from stage to stage until they lose, run out of rice, or reach the end.

The only thing you can’t automate is your Ultimate, a powerful party skill that you can unleash once per stage.

Every enemy you kill leaves behind a soul, which translates to rice or sapphires. You can assign a fairy to collect these for you, but this is only free for a time, after which it costs money, so you’ll likely need to tap on those glowing souls manually too if you want to maximise your loot.

As you level-up your profile you’ll gain access to other content, such as training, which is like a rechargeable XP pump, and battle, a selection of modes such as daily dungeon, destiny, raid boss, and Black Money – which sees you turning highwayman and robbing a wagon full of gold to boost your coffers. 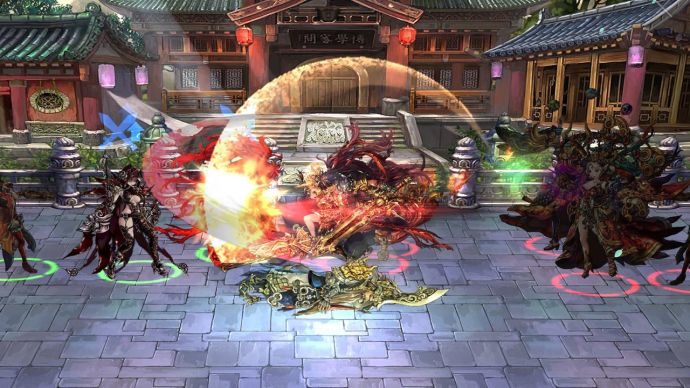 There’s also a variety of clan activity to get involved in, duels with other players, and an endless tower, all of which gives you access to more XP and loot, as well as injecting some variety into the game.

Outside fighting there’s the usual management stuff to get stuck into. For instance, not every hero you summon is destined to become, well, a hero. They arrive at different levels, and randomly, so your new arrival may be redundant, in which case you can sacrifice them to raise another hero’s stats.

After the first few stages, and once you start unlocking more modes, you’ll need to pour your effort into maintaining a deep, well-balanced range of parties, which means enhancing and combining heroes, enhancing equipment, equipping stuff as you acquire it, claiming your various rewards, and generally running a tight ship.

But the thing Final Blade gets right is that you can play as lazily or as actively as you like, up to a point. It looks great, too, with unique, bold, colorful character designs and an unusual 2.5D aesthetic.

You can get Final Blade for free right now if you download it on Google Play or the App Store. 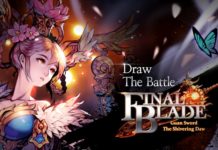 Getting Started in Final Blade 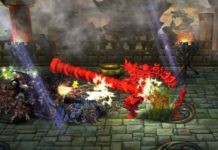 Gacha RPG Final Blade Is a Big Hit in South Korea, and Now It’s Out Worldwide