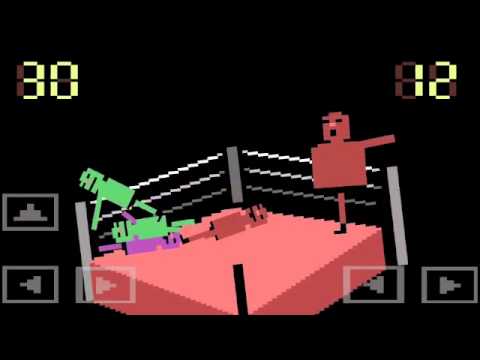 A new fighting game is going to be released next week on the App Store, a game featuring a unique gameplay experience that fans of the genre will surely enjoy.

Wrassling has got to be one of the more unique and over the top iOS games ever developed, thanks to its old school graphics and gameplay experience. The game is a crazy physics based game where players must “wrassle” as many opponents as possible. These oppponents are quite varied so it will be more difficult to “wrassle” some of them. The physics based gameplay experience is really hilarious, especially when the ring becomes full of “wrasslers” wearing some strange hats wriggling their arms all around in the attempt of sending others out of the ring.

If just “wrassling” opponents out of the ring isn’t enough for you, Wrassling will also feature objectives and missions that will make the experience slightly more varied. These challenges will change every day so that players will have some incentive in coming back daily to the game.

Wrassling will be released a free to play game on the App Store on April 23th. The game will come with a single IAP that will allow players to remove ads for a very low price.