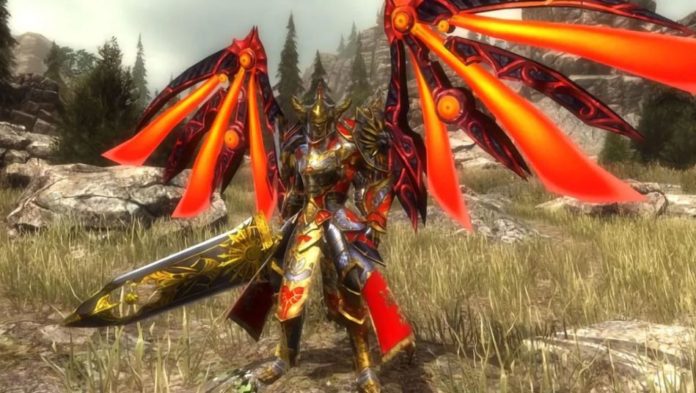 In today’s article we are going to share with you all the Fellow: Eternal Clash tips and cheats that we gathered so far to help you get stronger in the game, and level up quickly!

Fellow: Eternal Clash is a pretty typical RPG, but unfortunately it’s not the best one out there when it comes to character customization, or even gender picking. So if you are picky about that, this might not be your cup of tea – but otherwise, it’s a normal game with pretty much everything you might’ve expected, from costumes to gears and much more.

So, now that we got that covered, let’s not waste another second and dive right into our Fellow: Eternal Clash tips and tricks right here below!

Your first character is super important

The game has an “anniversary gift” event which will allow you to have your very first character instantly leveled up to level 60, and with SR gears. This is important, because otherwise you will have to play quite a bit to level up and go through all the basics.

By all means, the game will still walk you through everything, but that’s kinda needed if you want to unlock all of the in game features. Either way, your very first character will be pretty important since with that one you will experience the game for the very first time.

I suggest that you pick a class which is going to be not too difficult, yet also to fit your play style, because you play the game to have fun, after all!

This event is limited, so if you want to make sure that you have a high level character, you should definitely create a character during this event.

The in game classes are not super varied, and unfortunately they are gender locked, so whenever you want to choose one, you will have to stick with the selected gender (unfortunately you can’t have a female warrior or a male mage). These are the classes:

– Warrior (Male): The Warrior is a tank, which focuses mostly on defense, but has pretty decent damage as well. It’s not a ranged class and it’s also single target, but it’s relatively easy to play.

– Rogue (Female): The Rogue is a very difficult class to play, but they excel at stealth attacks and pretty much high single target DPS (execution style). They are difficult to play for beginners, because of their low defensive stats, but once mastered, they can be extremely strong.

– Mage (Female): The Mage is the master of elements, able to control water, fire, wind, earth and darkness. Their skills rely a lot on ranged AoE damage, which is extremely strong (and they have some crowd control too). It’s not too east, but not as hard as a Rogue to master either.

– Ranger (Female): The Ranger is the easiest class to play, as they have a pretty safe kit, balanced defensive stats (they rely on Evasion so they can dodge attacks), while also having decent AoE ranged attacks.

For the absolute beginners, I definitely recommend playing a Ranger or even a Warrior. If you are pretty familiar with the game (or with RPGs in general), the Mage could be good, and if you really know your way around assassin type of classes, then Rogue is for you.

I prefer the Mage because of the high range and AoE (and cc as well) since that’s the class I always play in RPGs, and so far it hasn’t let me down yet.

Learn skills according to how you want to play

In the game you can learn various skills, and a ton of them too! You can find them in the menu on top of the screen which has a star shaped icon, or in the Menu -> Skill. There, you will have Tier 1, Tier 2, Tier 3 and Casting Skills (if you are Ranger or Mage).

Each of the skills that you want to learn will require Skill Points, and you can obtain them from quests – so follow the main quest line and you will unlock several. Along with Skill Points, skills require Gold to be upgraded (or learned), and they can level up quite a bit (some to level 10, others to 20, others to 40).

I suggest that you carefully read all of the skills’ description beforehand and start learning the ones that you like the most and seem like the most useful to your character, because else it’s kind of a waste to just add skill points to everything when you can upgrade your most useful (and used) skills.

Another thing that you should know is that skills can be reset, but it costs Gold Diamonds, so it’s not really that great if you are a f2p player. The more skills you learn wrong, the more it will cost to reset with Gold Diamonds – so think very carefully before you learn your skills!

By following the main quest line you will be able to unlock all of the game’s features, and that’s basically what you should do – no matter if you created a character during the anniversary event (and you’re level 60) or not.

Focus first on completing the main story line and you will be good, because that will unlock all of the features for you, from mounts to wings and guardians.

Dungeons are your best friends

There are several types of dungeons in this game, and I definitely suggest that you complete them as often as you can. I will tell you exactly what each of the dungeons are, and what they give, so make sure that if you need something in particular, you go raid that dungeon!

– Instance Dungeon: You will fight various bosses for Gems and upgrades with them, but it’s recommended to go with a party.

– Gold Dungeon: Whenever you run out of Gold or you simply want to stack up on currency, this is where you should go. Actually, you should go do the Gold Dungeon as much as possible because Gold is used for many things in game.

– Guardian Dungeon: In here you will be able to acquire Guardian Boxes, which can be used to obtain various Guardians (like pets). It’s definitely worth doing it every day if you don’t already have your Guardian maxed out (or if you want to complete your collection).

– Arena of Trials: This dungeon is like a progressively harder tower, where you will have to climb through the stages and fight more and more difficult enemies – but the more you climb, the better the rewards.

– Gear Dungeon: In the Gear Dungeon you will obtain various Gear Boxes, which contain gear. If you have good gears already, it might not be that worth doing it, unless you want to decompose the gears.

– EXP Dungeon: This is going to be your best dungeon that you should run 24/7 (if only possible). Here you will acquire tons of EXP, and whenever you go here you will have to fight tons of monsters which reward you with good EXP.

– Raid: In here you will be able to form parties with other players and fight powerful bosses, which have usually unique and very good loot (if you are lucky).

All of these dungeons can be found in Menu -> Dungeons and they have a Recommended CP written for each of the stages. I suggest that you stick with the recommendation, because if you don’t you might lose and end up wasting a dungeon entry for nothing.

Get your free stuff from the Shop

In Menu -> Shop you will see several tabs on the left side of the screen. There, you should make sure that you claim your daily free boxes under the “Gear” tab and “Summon” tab, because if you are a f2p player they will come in handy. You can claim a single Summon chest daily, but multiple Gear chests!

The Guardian is basically a little guy who will give you extra stats and is a good addition to your character. You can find it in the Menu -> Summon -> Guardian, and you can obtain various shards from the Shop (the Summon tab). You will need different number of shards for each of the guardians, and the chests cost 36k Gold also, so it’s a pretty expensive investment to make!

Log in daily for cool rewards and check out the other events!

There are a ton of events running pretty much most of the time in game, so you should make sure that you check them out because they all give cool rewards!

You can find them in the Menu -> Event tab and no matter if you are a f2p player or not, you can get a lot of rewards! One of the best ones is the Monthly Attendance one, because it gives you rewards for simply logging in every day!

Make sure you do this, even if you don’t really plan on playing the game that particular day, because the rewards will be useful another time when you will decide to play.

These would be all of our Fellow: Eternal Clash tips and tricks that we have for you right now! Do you know some other useful game tips that you would like to share with the rest of us? Make sure you leave them down in the comments section below! 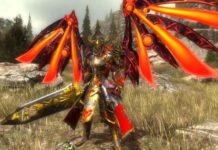