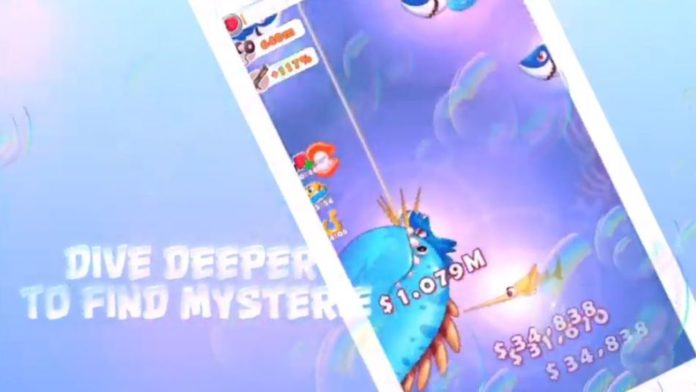 To my surprise, much like real life fishing, this game is extremely relaxing and soothing, and you will most likely have a blast playing it. I thoroughly enjoy the fact that no matter if you take the hook where you wanted or not, you still have a chance of getting good rewards (unlike in reality, where if you lose the fish, the chances of catching it again are close to non existent). 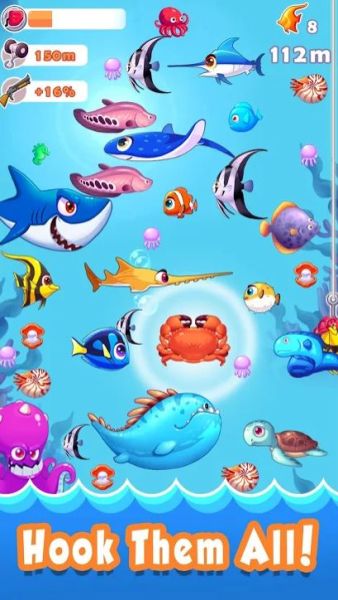 So if you want to learn everything about fishing like a pro, then let’s dive right into our Fantastic Fishing tips and tricks right here below!

You can try over and over again to do the same thing, but if it has no good results, then it’s not exactly the ideal fishing style, is it? What I mean by this is that you can try to catch fish in such a way as to perfectly fit your play style.

For example, if you like quickly moving left and right to catch the fish, that could be something. If you simply like to launch the hook and not even move it, it will catch random fish that are on the trajectory and that could be another fishing style.

Simply put, the fishing style is your play style. For example, I prefer to catch as many fish as I can of the same species, or mix them up sometimes! Make your very own little game within the game! It’s much more fun that way! 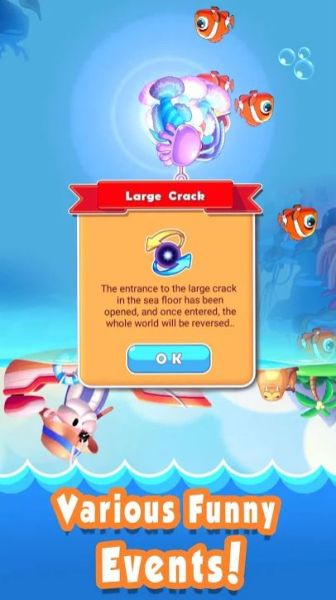 You can make several upgrades in the game, from how long your fishing hook is to how many fish you can catch with a single hook and more.

The very first upgrade that I suggest you do is the Fish Hook Size. This will increase the number of fish you catch with a single hook, and that is important because it is a great source of income especially for the early levels.

After upgrading the Fish Hook Size by a couple of levels, you should move on to the Fishing Depth. This will elongate the fishing line so whenever you cast a new one, it will reach deeper and deeper. 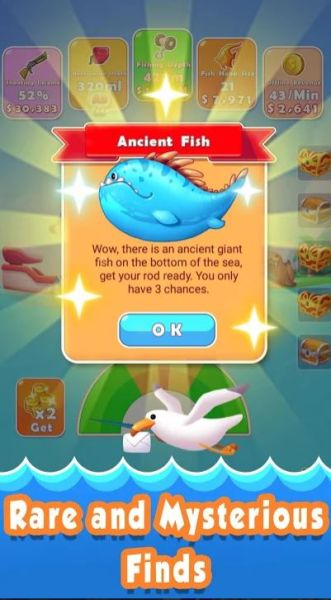 Last but not least, to add to that depth, you can upgrade the Hook Spring Depth. This will add to how much deeper you can go, and that will obviously help with catching the rarer fish.

Watch an ad to triple your fishing earnings

Whenever you finish reeling in the newest catch you can choose to watch an advertisement to triple the gold you get from catching those fish. One tip that I could give you in order to maximize those earnings would be to try and watch an ad if you have caught the most profitable fish.

Of course, the best would be if you had the patience to watch it after every single capture, but let’s be honest – you’ll get bored doing that, so let’s just focus on the “how not to get bored and watch ads” part.

On the bottom side of the screen you will see a notebook with a pen icon which represents your Daily Missions – or daily tasks. I suggest that you always complete these tasks, because they give quite a lot of gold! 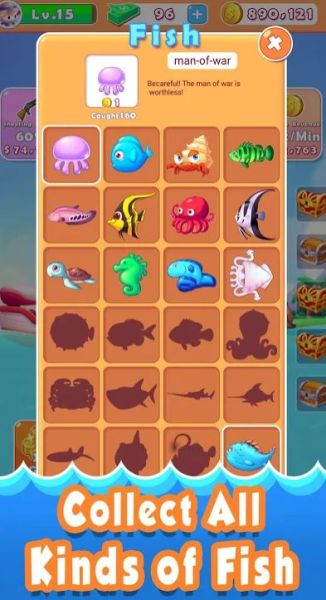 Just take a look at the available missions every single day because you can easily complete them within 15 minutes of playing – tops.

The fish collection – or the fishpedia as I like to call it, is the menu with the fh icon situated in the bottom side of the screen. There you can see the fish that you’ve caught so far, and how much gold each of them gives.

If you want to know which fish are the most profitable to catch, then make sure you take a look here because it is good to know how much gold you can make on average counting the fish you’re railing in. 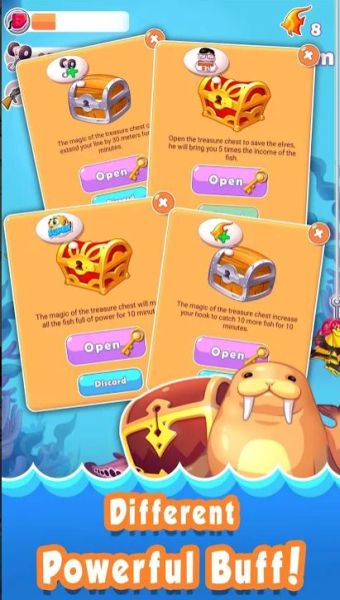 You can use this to count them and if you think that the gold you will get from tripling the rewards at the end of the stage is worth it, then watch an ad and triple them!

Always go for the glowing fish

You might’ve noticed some golden glowing fish around the sea, haven’t you? Well, you need to know that those fish give extra rewards once caught, so make sure they are the ones you send your bait to first.

If you manage to catch a full hook of glowing fish, make sure you watch an ad to triple the money because it’s definitely a good catch right there!

Whenever you catch a new species of fish you  will be rewarded with 1 dollar. This will help you later on when you want to spend those dollars on various goodies, so I definitely urge you to catch the new species whenever you see one! 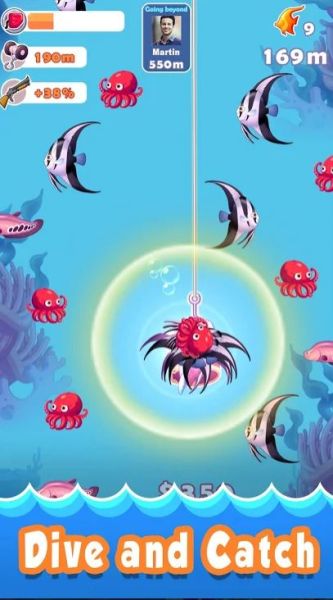 The Magic Chests can give you tons of cool rewards, from tank expansions to hook size and more. By expanding your tank by 30 ml for a while, you will be able to dive much deeper, so it’s definitely worth catching the chests if you want a short time boost!

I always go for them, no matter what! They will cost 1 key or watching 1 advertisement to open, so it’s really worth it, especially given how many useful boosts you can receive.

Plan ahead – avoid the lesser fish!

When you play you will be able to aim your hook towards the fish that you want to catch. I suggest that you try to dodge the lesser fish, as they might not be all that worth capturing. In order to do that, you can just quickly move left and right to dodge them, but be careful! They do like the bait! 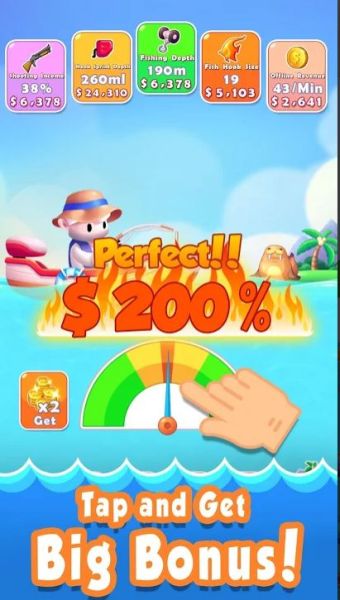 So the best thing you could do is plan your route ahead. Avoid the lesser fish and do your best to see their route patterns – you can do this by simply checking their location and knowing that once they reach the side of the screen, they will flip and turn around, still following the same pattern!

These would be all of our Fantastic Fishing tips and tricks that we have for you right now! Do you know some other cool tips about fishing and capturing unique fish in this game? Let us know down in the comments below!