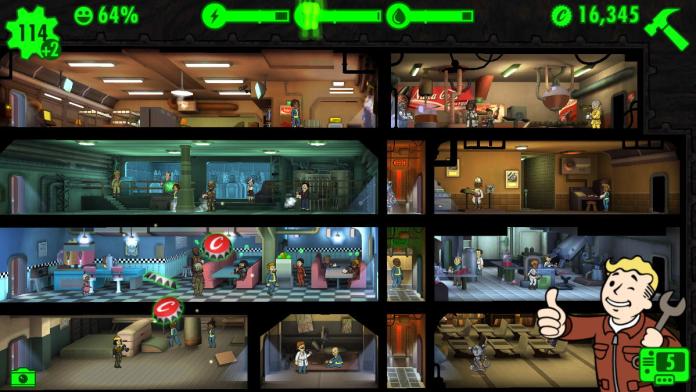 In Fallout Shelter, players will take control of their very own Vault, an underground shelter designed to sustain human life after nuclear fallout destroyed the world. In order for your Vault to thrive, you’ll need to build and maintain the proper facilities to keep food, water, and energy supplies high. Later down the line, you may even want to rearrange some rooms. Today, we’re here to answer a common Fallout Shelter question: Can you move rooms?

Can you Move Rooms in Fallout Shelter?

In Fallout Shelter, the entire game takes place underground in your Vault. You’ll need to build the place up while also keeping in the layout in mind, as your Dwellers will need to use elevators to get around the Vault.

Your most important facilities are completely run by Dwellers, so if your Dwellers can reach their designated facilities, problems will start to arise. This is why it’s essential to be mindful of your layout during the construction phase of your Vault.

Surely you can move your rooms around once you’ve built them, right? Well, unfortunately, that isn’t the case—once a room is built and placed down, it’s there for good until you demolish it. So no, you cannot move rooms in Fallout Shelter.

The game really encourages careful placement, because the only way to move rooms around once they’re built is to destroy them, then rebuild them. When you demolish a room, you’re only refunded a portion of the Caps that were required for building. If you’re not careful, you can waste a lot of Caps moving around rooms too much.

Don’t stress about it too much early on. Even if you do mess up, the important rooms are usually pretty cheap to build, and Caps are much easier to come across later on. Just keep in mind that some rooms can merge into one big upgraded room, so give yourself the space for that.

We hope that answers your questions about moving rooms in Fallout Shelter. If you have any other questions or tips, let us know in the comments below!