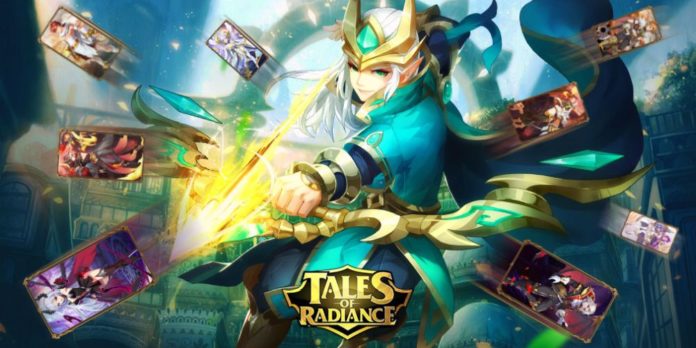 There are many idle RPGs which struggle to bring anything new to the table or serve up a memorable gameplay experience. That being said, Reality Squared Games’ upcoming Tales of Radiance is certainly not among them.

It’s an inventive take on the genre which sees you fighting back the forces of evil with literal gods at your side, including Thor, Zeus, and Odin.

You’re going to have to assemble the ultimate team of heroes if you want to have any chance of surviving your journey through the game’s multiple worlds. Your aim is to collect five lost relics of the old gods. Each is well-hidden and defended, so you’ve got an uphill battle ahead of you.

One thing you’ll realize early on is that Tales of Radiance is all about player choice. You’re given free rein over customizing your favorites heroes and equipping them with fresh loot earned through events or daily rewards.

The game’s idle combat is fast and rewarding while still allowing for a level of tactical control over your party setup. You also won’t be confined to any strict skill trees, as all heroes can be upgraded to suit your specific needs.

Those who want a lengthy, enjoyable single-player campaign are in for a treat, though that’s not all Tales of Radiance has to offer. You’ve also got trials to take, arena challenges to test your party on, intense 5v5 multiplayer, and loot-filled dungeons to raid.

And the coolest thing about all of this is that you can play multiple events at the same time without having to switch modes, sit through cutscenes, or stop the action. As you’d expect, this means faster and more rewarding progression.

For idle RPG fans or those looking to get into the genre for the first time, Tales of Radiance is a great pick. You can pre-register for it now over on both the App Store and Google Play, and be sure to keep an eye on the game’s official Twitter, Instagram, and Facebook pages.