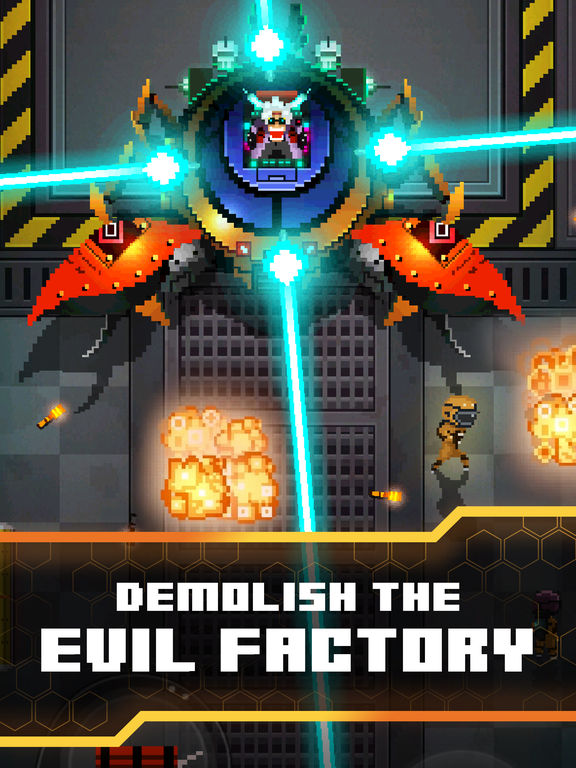 The evil organization Kraken was thought to have been dismantled years ago, but now trouble is brewing! A secret Antarctic laboratory has been discovered and now it’s up to you to put an end to Kraken once and for all! Evil Factory is a retro-inspired top down action game. You play as Leo, a short but skillful hero. Evil Factory is a unique blend of Bomberman-like strategy and fast paced bullet dodging mayhem.

You’ll need all of your action skills here, because one hit means death! Let’s get started with our Evil Factory cheats, tips and tricks strategy guide!

If you manage to complete all of the missions on a floor, you’ll earn a special unique reward. The reward for clearing B1’s missions is the Private helmet. This helmet increases your gold reward by 2%. It’s not a huge increase obviously, but it’ll add up so as long as you keep it on for a long time. You can switch to another helmet if you wish, but it really helps with your gold pools early on.

As you know, time warp will slow down time when you let go of the screen. This also makes certain things take a lot longer than usual – namely the fuse on your Dynamite. Since you’re going to be using the dynamite until at least B6, we recommend mastering a small technique. If you don’t want time warp to activate while you’re just waiting around, tapping and holding on the screen without sliding in any direction will make Leo remain put, but time warp will not trigger. This little trick will also help you save time warp energy so that you don’t put yourself in a sticky situation!

3. Don’t worry about the missions at first!

Speaking of the missions – you won’t actually know what you need to do if it’s your first time through the floor. Once you beat the boss of the floor, the conditions will reveal themselves. If you’re lucky and you played well, you’ll knock them all out on your first run through. If not, don’t sweat it! For your first time you should just focus on staying alive and beating the boss anyways. You can come back and get the reward afterwards.

After you’ve gone through Episode I, you’ll probably have a couple of helmets to try out. So far, these are the ones we’ve found to be the most helpful:

We’ve got a couple of tips for some of the episode end bosses!

That’s all for Evil Factory, for now! If you have any other tips or tricks to share, let us know in the comments below! 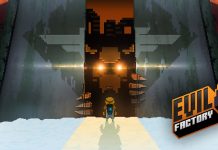