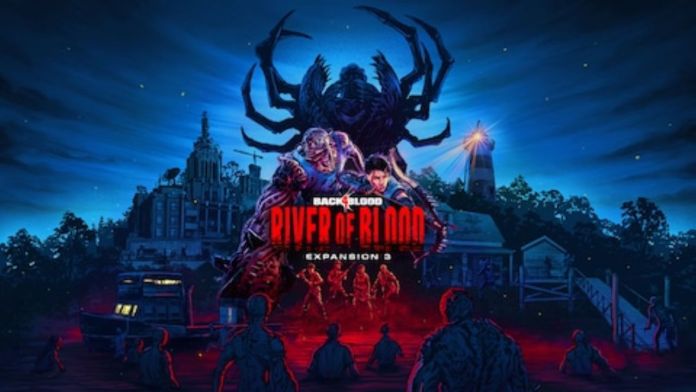 Back 4 Blood River of Blood DLC

River of Blood is the newest DLC in Back 4 Blood. It was released on Steam and other platforms on December 6, 2022. Also, you should keep in mind that DLC should be bought separately. It is not available from Xbox Game Pass and other offers.

The main feature of River of Blood is a new story campaign. Even from the release, people called this campaign the best that has ever been in Back 4 Blood. There are 5 unique maps for this questline, and you should move up to the mountain on every map.

What River of Blood Adds?

Once you know a bit more general information about the DLC, it is time to discover the necessary changes it brings to the game. One coolest but underestimated change is the new cooperative PvE mode named “Trial of the Worm.” There are 4 unique maps, and your gameplay depends on the map you choose.

Related: 9 Best Games with Merchandise for the Holidays

Also, it is impossible to ignore 8 new character skins and 12 weapons skins, alongside new weapons and accessories added in the update. And the last thing added in River of Blood DLC is Tala. She is the new playable Cleaner, and she was released with a personal companion, Jeff.

That’s it with River of Blood DLC for Back 4 Blood. Also, keep in mind that developers can easily add content for DLC in the midseason. We will update this article as soon as any changes are added to River of Blood.