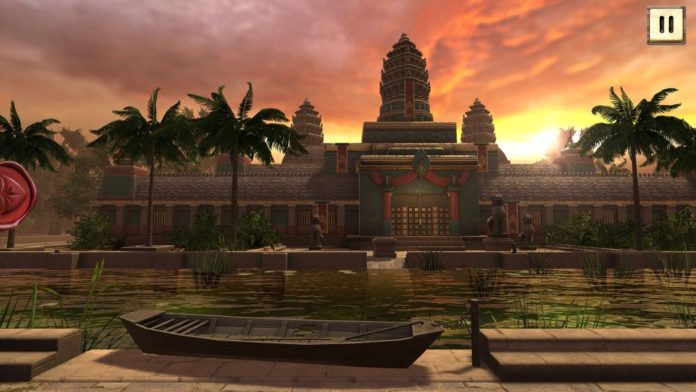 As a kid, I loved point and click adventure games. I have played all the classics, plus the lesser known titles. All the LucasArts adventures. All the Sierra adventures. And everything in between. I was one of the biggest fans the genre had!

Later on, I discovered Myst, which was completely different even though following the same concept. Despite the fact that I didn’t particularly enjoy the seriousness of the Myst series, I couldn’t help but appreciate the difficulty of the puzzles, some of which took me weeks to figure out (in an era when Internet walkthroughs were not very popular – nor Internet itself). And now, many years after the adventure genre reached its popularity peak, I am tasked to review another masterpiece: Escape Hunt: The Lost Temples. 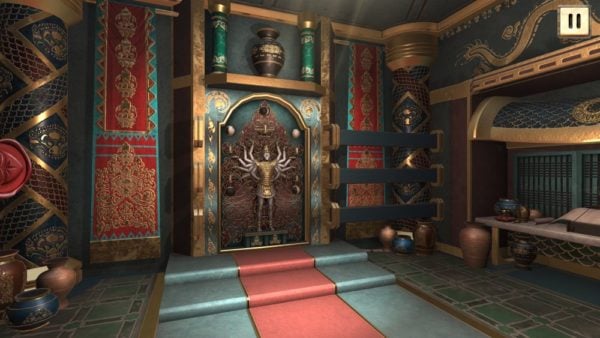 Escape Hunt: The Lost Temples is a mobile game created by Neon Play in collaboration with Escape Hunt, one of the most popular providers of real life escape the room experiences (which is something you MUST try in case you haven’t done so already!)

But back to our game, it starts up with a short video telling you the main story: you must find professor Antoine LeBlanc who disappeared while exploring the Temple of Khmer in Cambodia. So… up in a plane and away you go to begin your adventure!

Unlike the traditional point and click adventure games, Escape Hunt: The Lost Temples doesn’t play strong on the story card, but gives you just enough to be happy with and definitely more than the regular “escape the room” games that only throw at you puzzle after puzzle and nothing else.

While I am totally fine with that – since it’s what matters the most – having a story and a purpose rather than just getting out of various rooms makes things better and motivates you to keep on going. 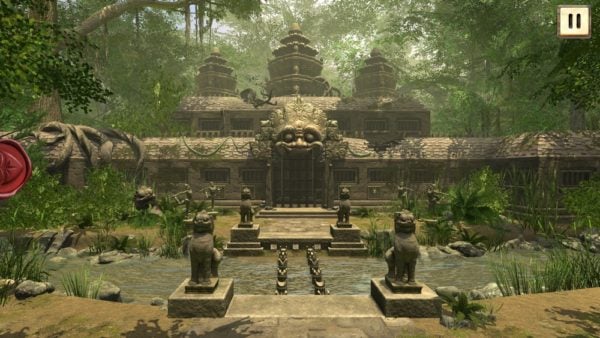 In this case, our quest for finding Professor LeBlanc and maybe discovering what happened inside the temple is enough to keep you playing, even though the story itself lacks the complexity of regular adventure games and doesn’t really build up to breathtaking levels.

The gameplay is completely focused on solving puzzles, following the “one room at a time” mechanics. Rooms in this case are areas: you start in front of the temple, trying to find a way to get inside. Once you do, you switch to a second “room,” which is the temple’s yard. Once you complete the puzzles there, you get inside the temple and so on. You must complete an area before being able to move forward.

The puzzles are not very difficult, in my opinion. I was actually hoping for a much higher level of challenge from a game coming from the minds of veteran puzzle makers, but it wasn’t the case. The puzzles increase in difficulty as you progress through the levels, but there are just few occasions when you really get to scratch your head wondering what to do next. 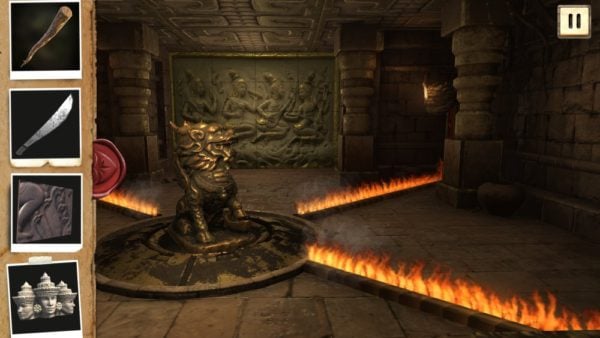 The adventure itself is a bit short – you’re done with it in a few to several hours – but for a game that only costs $3.99 (and offers the first two rooms for free), it’s decent length and a high enough challenge level. It could’ve been better for sure, but in the end any adventure game would be better if it had more puzzles to throw your way…

Escape Hunt: The Lost Temples really excels when it comes to visuals, though. The game looks absolutely amazing and the attention paid to detail is unbelievable. I know that when you’re talking about a puzzle adventure, it’s the puzzles that matter the most, but you simply can’t ignore the beauty around you. For me, it’s the closest thing I’ll probably ever get to being in Cambodia for real, and I love it!

All in all, Escape Hunt: The Lost Temples is a really good adventure, throwing a decent amount of challenge your way. If you’re a veteran point and click adventure fan who breezed through Myst, you will surely find the game easy, but for the less experienced virtual puzzle solvers, it will surely be challenging enough. But what matters the most, no matter which category you’re in: you’ll have heaps of fun playing Escape Hunt: The Lost Temples!

In case you want to give it a try, you can download the game for free on the App Store or Google Play, and if you like what you see, you can unlock the full game for $3.99. 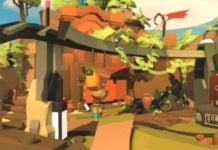