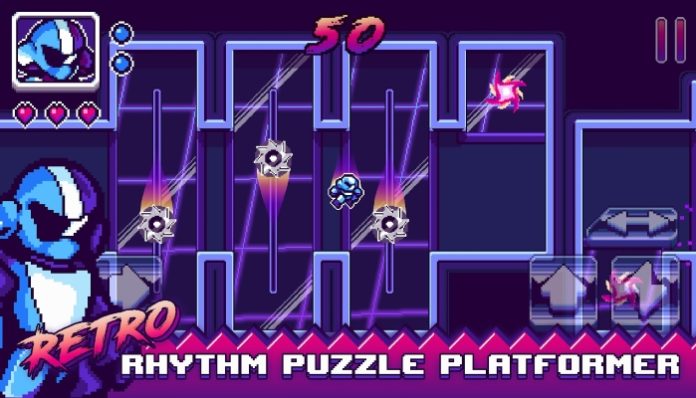 Doc Grits has been captured by the nefarious Red Hawk! His only hope of escape lies within the two robots he has built in secret. The robots have tried time and time again to escape, but they keep getting captured. With your help though, they might stand a chance!

Synthwave Escape is an all-new 2D puzzle platforming adventure. Players will take control of Doc Grits’ robot pair, with the ability to switch between them on the fly. In order to escape this Synthwave labyrinth, you will need to solve tricky platforming puzzles that utilize the robots’ abilities. 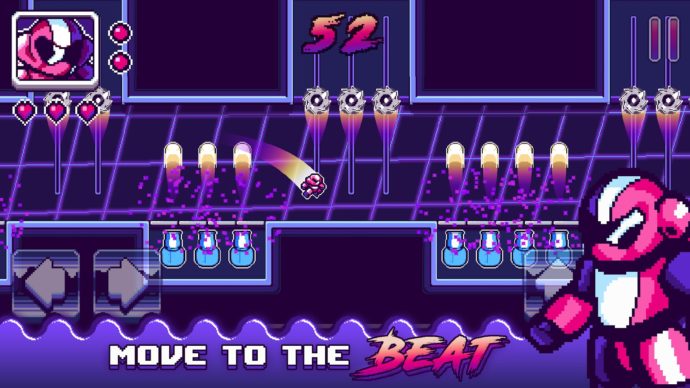 The two robots has their own unique skills. The blue robot can jump incredibly high, while the red robot can blaze ahead by dashing through at light speeds. The Neon Bunker is full of deadly traps that must be overcome by switching between the robots frequently, and who knows – Doc Grits might even stumble across more robots!

And of course, this would not be a synthwave themed game if there were no bumpin’ synthwave tracks! Synthwave Escape contains eight unique synthwave tracks that are absolutely wonderful. We highly recommend headphones with this game!

Synthwave Escape is available now on the App Store and Google Play Store.