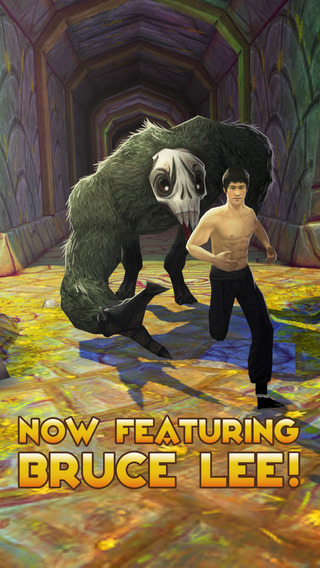 The new update comes with a new character that players will surely recognize, the deadly Bruce Lee. Unfortunately the character is not getting added permanently to the game and he’s only going to be available for a limited time, just like other characters introduced in the game with past updates.

One of the latest Temple Run 2 updates has been released back in October. This update introduced the fastet man in the world, Usain Bolt in the game as well as NFL players Colin Kaepernick and Russel Wilson, unlockable by purchasing them as IAPs. Unfortunately these characters, just like Bruce Lee, have been playable for a limited time only so they are no longer available.

Temple Run 2 is now available for download on the App Store. It’s a really good game, so consider downloading it if you’re a fan of platformers and endless runner games.