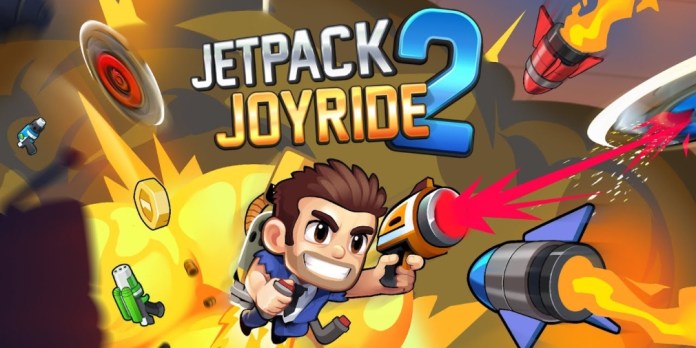 If you have been playing games on your smart device for a very long time, it’s likely you have heard about Jetpack Joyride, an endless runner game developed by Halfbrick Studios, the same team behind the massively popular Fruit Ninja.

The endless runner game continued to be updated over the years, but it seems like the time has come for the game to turn into a series, as Halfbrick has released a full-fledged sequel.

At its heart, Jetpack Joyride 2 is the same endless runner game we have been enjoying for years, but a more careful look at the game reveals how things are way more complex this time around. Barry Steakfries can now fight back with a variety of different weapons, and use different vehicles to make his escape.

For the rest, Jetpack Joyride 2 features everything that fans of the original loved about the game, such as multiple power-ups and tons of hazards to avoid.

Jetpack Joyride 2 doesn’t try to reinvent the wheel, but that’s fine. If it isn’t broken, don’t fix it, after all. The game is currently available in select regions on the App Store and Google Play Store. A global release date has yet to be announced.