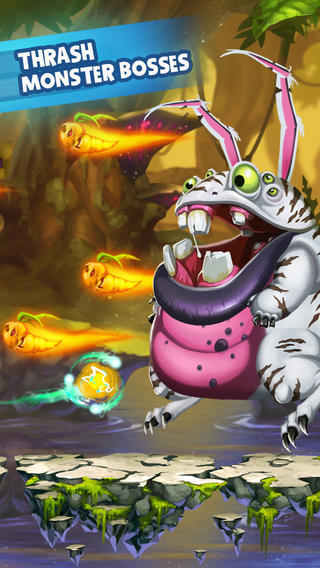 A new endless runner game is now available for download for free on the App Store.

In Go Go Ghost you will be doing everything you expect to do in a free to play endless runner game: collect gold, avoid enemies, go as far as you can and more. Quite often you will have to face a boss character, which adds some variety to the gameplay experience.

Go Go Ghost isn’t exactly a revolutionary game, as its basic gameplay experience can be found in several other titles now available on the App Store. What set it apart from the competition is the really nice design of characters, which makes them look beautiful but also somewhat scary. That’s more than enough to keep playing a game that, while not overly original, is quite solid.

Being a free to play game, you can expect plenty of upgrades to purchase, which can be bought with in-game gold or realy money. Even in the IAPs, Go Go Ghost doesn’t try to do anything different. Not that it’s an entirely bad thing, mind.

Go Go Ghost is now available for download for free on the App Store.