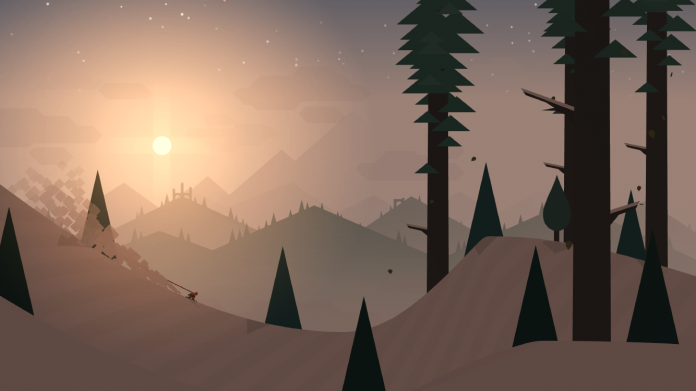 A new endless runner game is going to be released on the App Store next week, a game sporting a really beautiful art style which will win more than a few players over.

Ato’s Adventure, developed by Snowman, is an endless runner game where players will have to snowboard and pull a variety of tricks. The game does look similar to another successful title, OlliOlli, but the unique presentation will make Ato’s Adventure stand out from the competition.

A new trailer has also been released for the game, showcasing the beautiful locations of the game, some gameplay sequences and more. Even if you are not all that interested in the game, we suggest you to take a look at the new trailer, as it’s a really beautiful video.

Ato’s Adventure is a unique take on the endless runner genre, allowing players to perform a variety of tricks to improve the performance of each run. It will not be the more original experience around but it seems solid enough and fun, and that’s all that matter in the end. Look for the game on the App Store from February 19th or learn more about Ato’s Adventure right now by checking out the game’s official website.