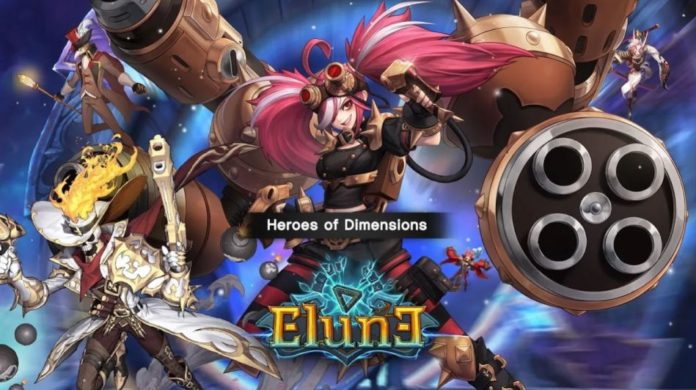 In today’s article we are going to go over all of the Elune tips and cheats that we gathered so far, and share them with you!

Since in this game there is quite a lot of things you can do, I really think that you will be having a blast generally going about the levels, challenges, and summoning tons of cool looking powerful heroes.

If that is all to your liking, then I’m here to give you a few Elune tips and share some stuff that I have found useful all throughout the game, so you won’t have to worry about anything later on in the game!

So, are you ready? Then let’s not waste another second and dive right into the Elune tips and tricks right now!

Pick the right settings from the start

If you want to listen to the characters’ stories, learn more about them and experience the game with all of its features, you can choose the first option (Japanese) and start the game!

You can then come back anytime and change the settings of the voice, and much more once the game starts.

Simply open the top right menu, then in the Sounds tab you can see everything that has to do with the in game sounds. By heading to the “Game” tab, you can set up the game to run adequately on your device.

A couple of little tips here:

– if you want your characters’ ultimate skills to be a little faster, you can change that in the Game tab

– in the Lobby tab you can select to see the Lobby either as Midnight or during the day – I personally believe that the Midnight one looks much better!

Progress through the Adventure stages

One of the very first things I suggest that you do is progress through the early stages of the Adventure mode. This will give you quite a few good resources and Rubies from the very beginning, and trust me – you will make great use of them!

You should go ahead and try to do as many stages as you can, so you can level up your Elunes (heroes) and claim the 45 Rubies that you get for the first completion of the stage. These are going to be super useful when you want to summon more Elunes, so don’t waste them! Save them up!

The Elunes are basically your heroes in the game! You can get more by either summoning them, receiving them in the mailbox (when you start off as a new player), get them from events, Adventure stages and so on.

They will come in different rarities, so I suggest that you start working on your best ones first! They can be Common, Uncommon, Rare, Epic and Legendary! The Legendary ones are the hardest to obtain, but also the best ones!

One of the easiest ways that you can get Elunes is by going to the main interface and tap on “Summon”! There you will see a Premium Elune Summon, which you can perform once for free every 24 hours! This is a good reason to log in to the game, because you never know when lady luck might be on your side!

Normally, a summon will cost 30 Rubies, but if you go for the 11 summons, you basically pay 300 Rubies! (one is free)

I suggest that you save 300 Rubies for this, because it is super worth it if you want to try acquiring the best Legendary Elunes! Just save up the Rubies you get from completing the stages and other in game content (as I previously mentioned, the Rubies are super important).

You can also do a Premium Ruby Summon if you are a premium player, but otherwise the normal free Rubies summon and the Friendship Summon is going to be enough! Now for the Friendship summon, this comes completely for free, but you will need to have in game friends! They will send you Friendship Points (the hearts) with which you can summon!

Right before the battle, you will be able to select the heroes which you want to put on your team. You will see that you have two options: Front and Back – in the Front should go the tankier heroes, the ones who can take a hit so that the back line with the damage dealers cannot die!

In the Back line you should always put your most valuable damage dealers, debuffers and whatnot, because they are usually the ones who don’t really have defensive skills and who are prone to dying easily in just a couple of hits.

You should always use the lesser Elunes to upgrade the better ones, firstly the ones that you use the most. That way you will always be prepared to take on tougher opponents and you won’t have to worry about pretty much anything!

I suggest upgrading only the most powerful and best Elunes you got, because they will need a lot of upgrading and you will fall off quickly if you start upgrading every hero that you have. It’s better to focus on a few good ones and use them all throughout the game.

Now I don’t know if you noticed or not, but in the left side of the screen you will actually have a couple of quests right as you start off in the game! These quests will ask you to do several things, from completing stages, to much more.

I really suggest that you stick to this quest line, because you will progress very well doing so. Don’t go ahead and do random things, instances and whatnot before the quests ask you to, because you might end up not being able to complete that quest until the game resets and that is going to be quite a bummer!

Just stick to this quest line and you’ll be good in the game – you will level up, gain tons of rewards and finish your Daily quests (which reset every 24 hours).

Speed up your battles

When you are fighting, you will see in the top right corner of the screen a button which will let you turn on the Auto fight in the game. That will automatically use the heroes’ attacks and skills when their turn comes, so I suggest that you turn it on in the early stages, since they are pretty easy.

As for the later stages, use the skills yourself because you will know when to use them and how to time them right! This is especially good against very powerful opponents!

Now next to that Auto battle button, you can also speed up the battle! I found that this is useful, because usually the animations take quite long, and it’s easier this way! The battle result will be the same (hopefully you winning), it’s just the battle speed that is going to be sped up, which will let you progress faster through the stages.

These would be all of our Elune tips and tricks that we have for you right now! Do you know some more useful strategies and tips for Elune? Leave them down in the comments section below and share them with everyone!