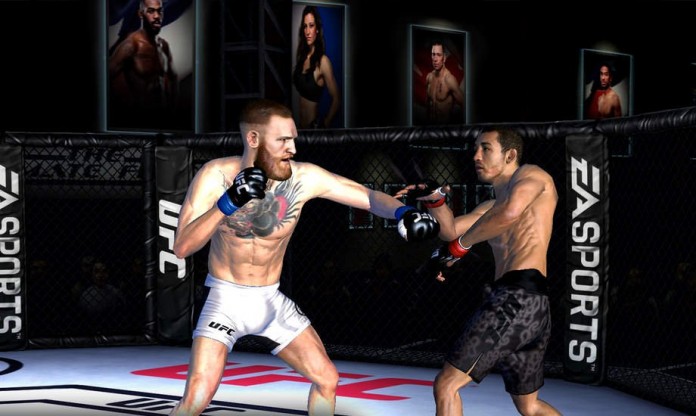 EA Sports UFC is a game that some may have played already, as it has been available in soft-launch mode for a couple months in select regions. It looks like EA has finally decided to launch the game fully since it’s now available for download in all regions.

EA Sports UFC is a fighting game that comes with plenty of interesting features and some gameplay mechanics that make the experience quite engaging. Players are able able to pick one between several UFC fighters and take on other fighters to show the world they truly are the best. Controls are pretty simple, with taps and swiped used for kicks, swipes and blocks, so it’s really easy to get into the groove of the game. Special moves and taking opponents to the mat add even more variety to the game.

The presentation and visuals of EA Sports UFC are just as good as its gameplay experience, with a graphical quality that is almost unprecedented in mobile games. If you’re a fan of realistic fighters, you will definitely like EA Sports UFC.

EA Sports UFC is now available for download as a free to play game on the App Store. The game requires an active internet connection to play, which is probably the only true hindrance of the free to play system employed by the game. If you have already downloaded the game and want to learn more about it, you may want to check out our own EA Sports UFC Cheats guide to learn some useful tips to three star all stages.