Have you ever wondered what are some of the best characters in Dynasty Scrolls? Then you’re in the right place – today we’ll check out a complete Dynasty Scrolls tier list of all the best heroes you could possibly get, to help you quickly advance in the game!

The best characters in Dynasty Scrolls are based not only on their combos, but also on their own abilities and what they can bring to the team. Since there are plenty of heroes in the game and almost as many combos, I’ve listed them according to everything that could be considered important from every point of view.

If you’re new to the game, you might also want to consider checking out our Dynasty Scrolls codes list, from where you can redeem plenty of freebies! So without further ado, here’s our take on the Dynasty Scrolls tier list:

Below are some of the best mid and end-game characters currently available in the game. These heroes are super strong for multiple reasons, and if you focus on them the moment you obtain them, they could help get you far.

The S-tier heroes are also very good, and although they are not the very top of the list, they are still some of the best characters in Dynasty Scrolls. Buffing them cannot go wrong, so feel free to invest in them once you get them!

These heroes are almost as strong as the S-tier ones, but will require some work. They are still very viable, but you need to level them up, gear them up and improve them. They can also be quite situational, depending on what you need for a specific battle (like Big Qiao for example, or Big Qiao + Lil Qiao)

I don’t recommend investing into these heroes, and if you already did, then it might be time to put that Recycle option to good use. These heroes are not really amazing, but they could get a job done – somewhat. So, don’t bother with them unless you don’t have anything better to work with.

These heroes are definitely not worth bothering with. They will not bring too much to the team, and they will only keep you down. So, don’t waste resources because they won’t get you far.

This would sum up our list of best heroes in Dynasty Scroll, and thus our Dynasty Scrolls tier list. Is there any other heroes that you believe is strong and deserves a better place on this list? Let me know down in the comments section below! 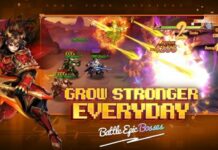 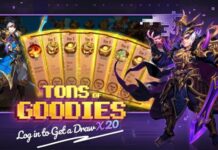