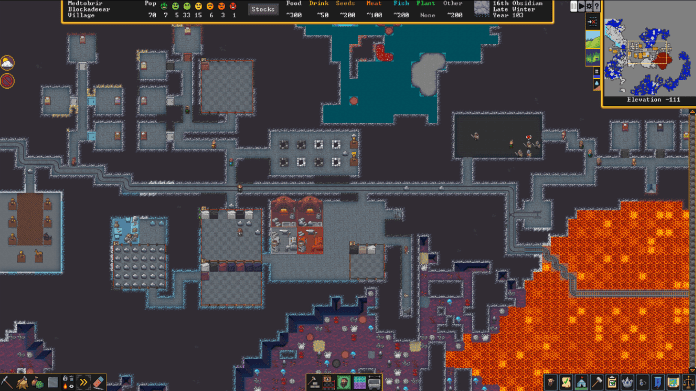 The modern game industry has many amazing games and today we are going to talk about colony simulators. Dwarf Fortress and RimWorld are really interesting projects where you can control and develop your own colony. So, you may want to know the differences and similarities between Dwarf Fortress and RimWorld, and today we are going to explain them to you.

Similarities Between RimWorld and Dwarf Fortress

RimWolrd is a game where you can control a small colony. There you will need to help your people to defend their homes and deal with various threats. The game features lots of interesting mechanics and you will need to use them to overcome different challenges.

In Dwarf Fortress you will have to control a small expedition of dwarves and help them to settle down. Both of these games allow you to control a colony with a few inhabitants. So, they have lots of things in common. However, they also have some differences and in this article, we will mention the most important among them. Also, you could check our guide about the best games like Dwarf Fortress.

Related: How to Get Steel in Dwarf Fortress

Differences Between RimWorld and Dwarf Fortress

Even though both games have some similarities, they also have many differences. For example, Dwarf Fortress has a world with multiple levels of height. It means that you can dig various tunnels and build underground structures. Also, it has more simulation features. However, because of all these mechanics, Dwarf Fortress feels more difficult to play.

RimWorld has a better structure as a game while Dwarf Fortress is able to simulate lots of different aspects. Also, if you want to play the classic version of Dwarf Fortress you will need to get used to its graphics and controls. However, the new Steam version has better graphics and a more user-friendly interface.

There are many differences that you can find between these two games. The main point is that RimWorld is designed as a game. It has a smaller world and gives you specific goals. On the other hand, Dwarf Fortress tries to simulate as many aspects of your dwarves’ lives as possible. So, it has a huge world that you can explore and it doesn’t give you any goals. However, both games are great and we highly recommend you play them. Good luck with your further adventures!