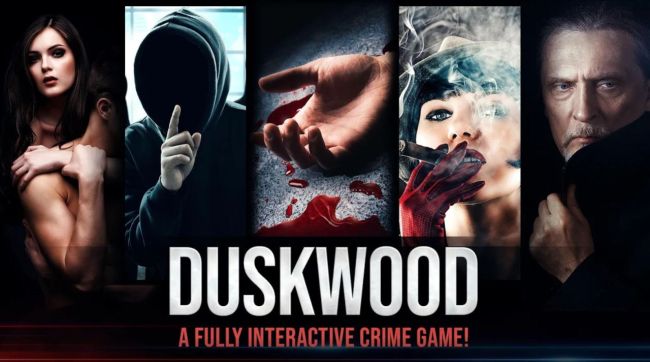 Today we are going to take a look at the Duskwood strategy guide, and help you solve the mystery of Hannah’s disappearance. This interactive visual novel is as captivating as it is intriguing.

Even though it starts off pretty confusing, it slowly unfolds and you will be able to see just how awesome the entire game is at its core! The developers really did a great job when creating it, because the possible answers you could choose are as close to reality as they could get.

So, are you ready to learn some Duskwood tips and tricks to help you solve the puzzles? Then let’s not waste another second and dive right into the guide!

[Spoiler] It’s a Match-Three Visual Novel, so Buckle Up!

If you’re still at the beginning of the game, you might not know it yet – but after you’ve played a few levels, you will notice that the only way to progress is to “decipher the Cloud sections”.

In short, that means playing the match-three type of games to keep on moving forward. I don’t want to spoil the game too much, so I won’t tell you what you need to decipher by playing the puzzles. However, you need to learn how to properly do it. So, let’s take a look.

Always Keep Track of Your Moves

In the game, you will start with 5 Hearts. Every time you lose (fail to complete a puzzle), you will lose a Heart. One Heart will refill every 30 minutes, so if you fail at your last one, you will have to wait quite a bit. I don’t say this lightly, because once you get caught in the story, it will be difficult to put it aside and wait for 30 minutes.

Therefore, I suggest that you always keep an eye on the Hearts in the upper right corner and play very safe. The puzzles get increasingly more difficult, so the best option would be to start planning every move – which takes us to the next point.

Think Ahead and Plan Your Moves

For a stage you will receive a set number of moves. There are no annoying in-game ads to help you when you’re at your last move, and no boosters. So, you need to be very careful with every move you make.

I suggest planning ahead, based on how the tiles are arranged. You can always try to create special blocks that will help you clear a stage faster and conserve some moves, but try to also keep track of the stage requirements.

– When you match 5 tiles in a T or L shape, you will create an Explosive Block. Use that to destroy tiles in a 3×3 formation.

– When you match 4 tiles in a line you will create a Rocket Block that destroys a row or a column (once activated).

– When you match more than 5 tiles, you will create other special boosters (such as the one which removes all tiles of that kind from the board).

I feel like mentioning this because it’s something that could really help you later on in the game when things get difficult. Basically, if you hold on to the blocks you create it will be easier to match two special blocks.

All you need to do is try to bring them next to each other, by matching tiles accordingly.

Also, I suggest that you always try to match two special blocks, because that’s the fastest way to clear a stage. Matching them will create something like a mega explosion, so it’s going to save you a lot of moves.

Always Try to Match at the “Bottom”

This is one of the tips which helped me complete stages a lot faster, and with a “minimum” amount of moves. The point is to see which way the tiles are going (where they come from, and in which direction they flow). Then, you should try to match the ones which are as close as possible to the end point,

So, try to not make many matches at the starting point (where tiles are coming from), and rather focus on the opposite end. That way you could have the game help you make matches when it brings out the new tiles.

Save Your Credits for the Difficult Levels

You might be tempted to click “Yes” when the game asks you to continue playing once you’ve exhausted all of your moves. However, try to resist the urge even if you’re one tile away from completion.

You don’t want to spend 9 Credits on continuing to play the game for 5 moves. It’s more worth it to wait until your lives refill and then continue to play (so use this method only at the difficult stages, definitely not at Episode 1).

The Game Is Divided into Episodes!

Keep in mind that the game doesn’t only have 6 puzzle stages! There are multiple episodes, with increasingly more difficult puzzles. So, it’s better to save the Credits for Episode 2, 3, and so on.

You Can Speed Up the Texts

When you are playing the visual novel, it might become boring to wait for the characters to type. Head on to the Profile tab, and you will see under the Settings section a Text Speed.

It’s set on 2 by default, which is normal. Speed 1 is the slowest, and it’s meant to help you keep up in case you’re a slow reader. Speed 3 is the fastest one, so try them all out and see which one you prefer.

There difference between them is not big though, so it might be difficult to notice. But, when you’re checking out the Spy texts, it will definitely come in handy.

Keep Up with the Spy Texts!

This might come out as quite odd, but if you haven’t been in the situation, you will never know. While normal texts which interact with you are “paused” when you’re taking a decision, the hidden texts are not. They two people you are spying on will keep on texting each other, and if you can’t keep up, you’ll lose the information.

It happened to me once, when I accidentally forgot the conversation open – so, don’t be like me! Don’t AFK in the spy chat room!

Note: No, scrolling up to see past conversations won’t work – you can only scroll up to A POINT, and all the information prior to that will be lost.

Fun Fact: You Can Find the Characters on Instagram!

If you open the characters’ profiles, you will find their Instagram profile and a bunch of other links. Some of them will have a music playlist, others a World of Warcraft characters (Yes, I’m looking at you, Thomas!). So, go ahead and check them out!

Sometimes characters will even hold giveaways (Cleo had a giveaway on Instagram in February, for 270 Credits)!

These would be all of our Duskwood tips and tricks that we have for you right now! Do you have some additional tips for fellow Duskwood fans? Make sure you leave them down in the comments section below!