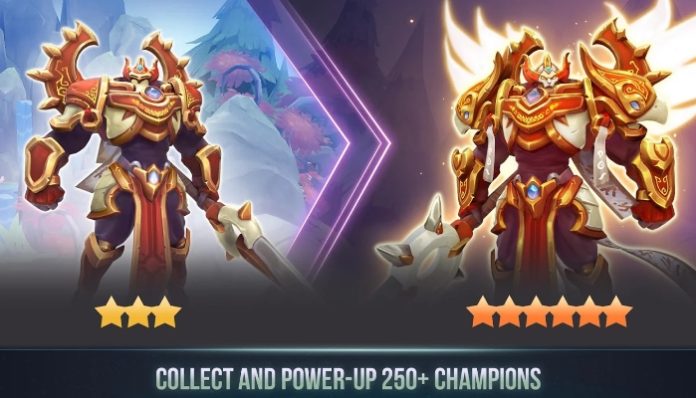 Level a Tank or Fighter early on

When you’re first starting out, your team is going to be relatively fragile. Your Mages, Marskmen, and Supports can’t take too many hits without going down, so you’re going to have to rely on a frontline champion. Tanks and Fighters are the best choice for this role! As the name implies, they have high health and defense and usually some form of self-sustain.

Bounty Hunter, the first champion you get, is great for this role. He’s a Fighter with high HP and defense, and every four auto-attack he performs heals himself for a little bit. He’s perfect for the early game adventures, and should carry you through for a while when he’s upgraded a bit.

At the end of an Adventure level, you’ll be asked if you want to watch a short advertisement to increase your rewards. While you can get by without ever doing this, sometimes it helps! If you see that precious gems are in the rewards list, it’s worth it to watch an ad to get more gems. You can also get energy from this as well, so that’s worth it too if you’re low on it.

You should join (or create your own!) a guild as soon as you’re able to. By just being in a guild, your champions will receive a small stat boost, so there’s really no reason to NOT be in one. Even if you don’t like a guild, you can always leave and find a new one. In addition to that, checking into your guild can grant you more gold and gems, and that’s always a great thing!

Elemental Affinity is a bit more important in Dungeon Hunter Champions than it is in the typical RPG. When a champion has an elemental advantage, they have a +15% chance to crit, which is a great for damage dealing champions.

However, the most important thing you need to pay attention to is disadvantages. If a champion has an elemental disadvantage, they have a chance to do less damage and they are unable to crit altogether. In addition to that, they have a 50% chance to fail applying debuffs, which can really hinder a champion. Pay attention to the enemy preview and adjust your team accordingly!

Buy a slot in the Black Market!

The Black Market is a good place to look if you’ve got extra gold to spare. You can find random pieces of gear and low rarity champions here. You can even buy Common Discs for summoning too! The Black Market’s inventory rotates every hour, but you can also expand the number of items it sells by 1 by paying a 1,000 gold fee. It’s hardly anything so buy the slot as soon as possible.

After you clear Board 2 of the Adventure mode, you’ll be able to take on Boss Raids. You’ll fight powerful beasts in this mode, and these bosses are the best way to get the best gear and materials you need to power up your champions.

The Elder Drake is a fearsome dragon that will be your first challenge in the Boss Raids. The Elder Drake drops the best-quality gear and also is the only source of Dazzling gear, which gives your champions a chance to stun enemies.

The Elder Drake will swipe and chomp at your champions, but the one attack to watch out for is his roar. This is unavoidable and has a chance to stun your champions. Buff your champions with resistance and defense buffs to mitigate as much as you can, because the Elder Drake loves to follow this up with his signature breath attack.

This attack is avoidable, but it does have a large area so you must be on your toes to get out of the way fast enough.

The Bull Demon King is a brutal boss that will step up the challenge. He is the source of Spirit Elixers, the main component you need to ascend your champions, so you’re going to become friends real quick!

The Bull Demon King’s main method of attack is to smash your champions with his large axes. His signature attack is a flurry of axe smashes, where he pummels the whole arena with his axes. This attack is unavoidable and does constant damage to all of your champions, so be prepared with healing abilities and defense buffs. Take out the two crystals next to him as fast as you can, as they will deal mortal wounds to your champions. With enough persistence, you’ll take him down!

That’s all for Dungeon Hunter Champions! If you have any other dungeon delving tricks to share, let us know in the comments below! 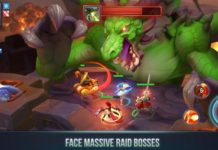