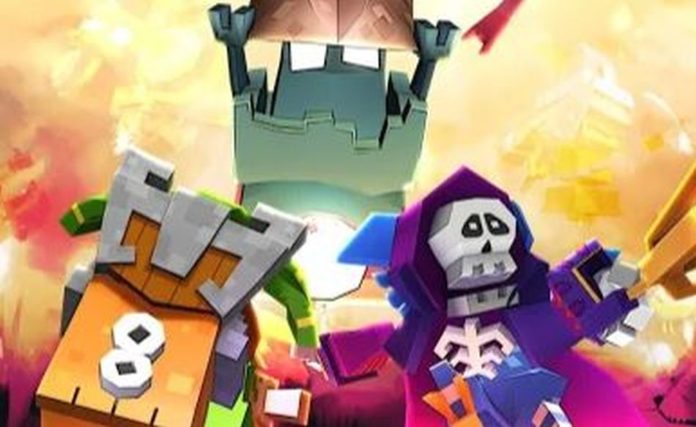 In today’s article we are going to cover all of the Dungeon Break tips and cheats that we have discovered so far and share them with you, so that you will defeat all the bosses with ease and never have to worry about anything again!

Since there are quite a lot of fun adventures awaiting for you in this game, from avoiding traps to encountering tons of odd (to say the least) enemies, this dungeon game will have everything! And yes, that includes adorable characters too – because what can make a game better if not having a fun little character to play as?

But enough praising the game for now – let’s not waste another second and dive right into the Dungeon Break tips and tricks that we’ve gathered so far and share them with you right here below!

Don’t run straight into the monsters

If it is your first instinct to run straight into the monsters head-on, then I need to tell you that it is not going to work and you will lose a ton of HP by doing so. Instead, what you should do is exactly the opposite – stay as far away from the enemies, while still maintaining your shooting range.

That is, of course, if you have a ranged weapon (which will be the case at start). After that, depending on the weapons that you choose to get, you can decide how you will have to play.

So, keep in mind: stay as far away as possible from the enemies, because they will most likely shoot at you and you need to have enough space and time to dodge their attacks.

Watch the 5 ads to collect rewards

While you are on the main interface, before starting a battle, you will see in the bottom side of the screen an option which looks like a video with a red play button. Tap on that and it will automatically start playing ad advertisement which will reward you with a random amount of Diamonds once it’s finished playing.

I would suggest that you start watching those ASAP because they are available to you only once per day, so you should make sure that you watch them every single day. The amount of Diamonds you receive is random, but they will come in handy quite a bit because they will help you upgrade your characters.

Don’t run into the green squares – they won’t heal you!

If you are still trying to figure out the game and you are at the beginning, then let me tell you one thing: the green squares on the ground will not heal you! Even if they look like they are HP regen areas, they are actually poison!

So I suggest that you do not try to run into them, because they will hurt your HP bar, and there is no way that you can refill it easily.

Get to know your surroundings

The game has a ton of areas and traps and if you are not careful, you might end up falling for one of them quite easily! The best way that you can avoid the traps is to take your time and fight the enemies one by one, while still keeping an eye on the various squares on the ground.

For instance, there are the green squares that I mentioned earlier, which is poison – and not HP, so do not try to step on them. There are also the bombs, which are round metal spheres which explode once you run into them or attack them several times. Those will do damage in an area, so even if you are nearby but not next to it (like 2 squares radius or so) you might take damage.

The safest approach to this game would be to stay as far away as you can from pretty much everything, and start observing them, so that you can learn what they do, and when they are safe to approach or cross over.

Explore all four corners / sides of a room

Since all of the rooms are square shaped, you should try to always explore all four sides of them because sometimes you will find secret dungeon entrances on the sides! For example, you might find on one side a shop station which can offer you various goods, and on the opposite wall there might be the next dungeon stage!

Just make sure that you always check out the whole room before moving on to the next one, not only because of the side rooms, but also because of the coins you might have missed picking up! Who knows – maybe you shot dead an enemy in the other side of the room and you didn’t even realize!

Always check the rewards from the chests

Sometimes you will find various chests in some rooms, which your character will start attacking. Those chests usually contain a weapon, which can be better than what you already have.

Always check out the type of weapon in those chests, and also the level it has, because they might be better than what you got – if not, then simply walk away from the chest and tap on the “x” in the top right corner to close the window.

You don’t always have to switch, but if I was you, I would always pick the weapon with the higher level, because they inflict more damage, even if that weapon is close range. The only weapon I would not go for is the normal default weapon, no matter which level it has. I consider it too weak and slow, and it’s also a single projectile, so it’s not super efficient.

If you are to choose between two weapons of the same level, then I would definitely go for the one which fits better my play style.

Careful with the walls!

As you might have already noticed, some enemies will shoot out various projectiles your way! Well, one thing that you need to pay close attention to is that those projectiles will have the ability to destroy certain walls. So even if you choose to hide behind walls, sometimes that might not help because the walls will end up being taken down!

Those destructible walls can be taken down by yourself as well, but be very careful especially if you are using them to hide behind them! They usually look like “sand walls” (or yellow walls) and you can notice that they will start chipping down slowly the more you hit them, until they disappear!

Dash to dodge, but dash carefully

You can also have the ability to dodge some attacks or move quick, by swiping on finger on your device’s screen in a certain way. Afterwards, your character will dash in that direction. However, you need to be super careful because you might end up dashing exactly into the enemy, so you need to really pay attention so you don’t do that!

I would suggest that you try and not use it until you are fully acquainted with it, so keep practicing it in the areas where there are chests until you can safely dash without running into traps!

Watch an ad to revive for free!

Since you will have no easy option to refill your HP bar, that will leave you dying probably quite often until you get used to the game. If that is the case, then I suggest that you watch an ad to revive, because it is free!

Whenever you revive after watching an advertisement, you will revive with full HP, so it’s a very easy and nice way to get back into the game! If you are sitting on too many Diamonds, you can also choose to use Diamonds to revive, but I would suggest going for the free option, since there are better ways to spend those Diamonds.

There are several characters in the game, and you can unlock them by saving a lot of Diamonds! The characters each have different looks, so they are really not similar at all – they will also have different start ratings, so if you are not happy with your 1 star free character, you can save up Diamonds and buy a new one!

For spending increasingly more Diamonds per upgrade, you can choose to improve your selected character! Those upgrades will make a big difference during the levels, because the upgrades will boost their damage, HP and therefore make it easier to survive for longer in battles!

Every time you will visit a shop, you will have an option in the bottom right side of the screen to watch an advertisement and claim 100 Coins for free! This offer is super useful, and it is definitely something that you should make sure that you do, because it is a good way to buy more useful upgrades!

I once chose not to do this, and the next time I visited a shop I was missing 70 Gold to buy a very good upgrade, so definitely try to watch it because you never know what the next offer will be!

Watch an ad to claim the supporter buff!

Also in the shop, you will sometimes spot a level 99 buff, which you can claim for free (yup, that’s right – level 99)!

This buff is called “Thank you for supporting” and it will be granted to you if you watch an advertisement. The buff will give you Max HP +10% and ATK +10%, so it’s definitely something worth claiming.

The best things you can spend your Coins on are, in my opinion, the buffs which will stack! Those can be purchased multiple times, so I suggest that you get them whenever possible, since they will always be better and better, the more you get!

The best ones are the ATK Boost, SPD Boost, HP Boost, and then the others such as Crit boosts and whatnot. The ATK Boost is the most important shortly followed by the SPD boost, because those are the two main most used stats in the game!

Take a look at our gameplay video right here: