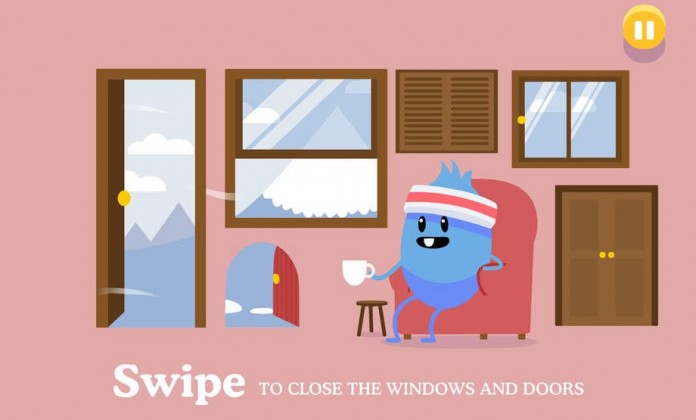 The sequel to an extremely addictive and interesting game has just been released: Dumb Ways to Die 2 is here and it has a lot of crazy mini games for us to try to beat in our quest to get the highest score possible. This time, we have multiple areas in the game, each with their own mini games to master. And I am here to help you a bit with some Dumb Ways to Die 2 cheats and tips for each stage of the game.

We’ll start with what will most likely be the first one you’ll start with too: Drowntown. So if you want to get a super high score in this stage, check out our tips and tricks for the Dumb Ways to Die 2: Drowntown stage below and hope for the best!

Shark Jumping
It’s important to tap and hold until the character is over the shark. On increased speeds, you should anticipate the sharks and tap before you see them, because the speed is so great.

Dolphin Rodeo
One of the most difficult games for me (like all those that involve tilting). The trick is to keep the balance with soft movements, and not sudden ones, ore extreme ones (tilt all the way to the left, then all the way to the right). Slow and steady wins the race here.

Killer Whale Dentistry
This time you have to be fast and accurate. This mini game becomes, in my opinion, pretty impossible on higher levels, but you can still try a trick: put the device down and use two fingers to clean the whale’s teeth!

High Dive
One of the easiest games here and not much can be said about it: just tap and hold, then release when over the small pool.

Running Beside the Pool
A bit of a Daddy Long Legs here, but simplified. The idea is to tap as soon as the foot touches the floor and you won’t fall.

Dumb Life Saving
It’s all about concentration and paying attention: try to have all characters move in the same direction, as it is easier for you to control them. Also, remember that longer swipes will push them back farther.

Depth Charge Free Diving
Again a pretty difficult game since it involves tilt controls. I noticed that usually you can go to one of the extremes: left or right and wait for the level to pass.

100m Piranha Freestyle
Very easy minigame: use four fingers from one hand and tap the screen as fast as possible: you should have no trouble beating the game!

So these would be my tips and tricks for Dumb Ways to Die 2: Drowntown. Continuously play the same stage to get used with the mini games, and you will soon get on the leaderboards! Good luck!